England’s Courtney Lawes happy with form ahead of autumn fixtures 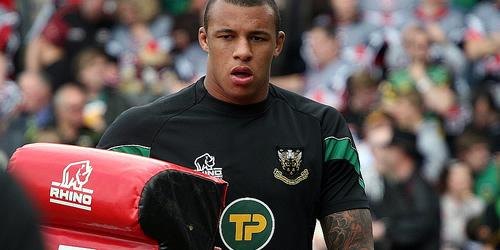 Courtney Lawes believes he’s in the form of his life after he was named man of the match during Northampton Saints’ thrilling draw with Leicester Tigers on Saturday.

The 24-year-old second row has been among the stand-out performers for Saints this season and will be hoping to feature for England during their forthcoming autumn internationals.

Lawes’ last start for England came against France during the Six Nations but a disappointing performance at flanker has seen him come off the replacements bench when winning his subsequent four caps.

Competition in the second row is strong with British & Irish Lion Geoff Parling, Joe Launchbury and Dave Attwood competing for places – but Lawes is happy with his current form.

“I’ve been fit for a little while now, which is fantastic,” said Lawes.

“I’m just improving as a player and hoping to reach my potential this year and really crack on.

“I don’t think we’ve had a team this good, powerful and organised for a long, long time.

“It certainly showed in the game against Harlequins as well; we’re winning and drawing a difficult places.

“We’re only going to get better as a team. We’ve got a lot of new faces and hopefully we can just keep it going and keep building.”

Munster’s Penney: Ireland’s Murray can be best No9 in the world