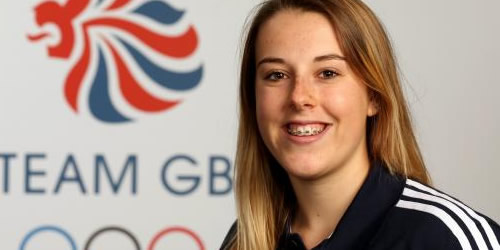 Katie Summerhayes has been backed to emerge from injury stronger than ever by British free ski head coach Pat Sharples.

Slopestyle specialist Summerhayes is regarded as one of Great Britain’s top medal hopes for next year’s Winter Olympics after her fourth place at last season’s World Championships and maiden World Cup podium performance.

But she is still on crutches after knee surgery and has spent the last week continuing her rehabilitation at Team GB’s high performance centre at Bisham Abbey.

However, Sharples is confident the 18-year old will be back when the World Cup season starts in Copper Mountain in late December.

“I don’t think it (the injury) is going to be a negative thing because she’s worked really hard on her fitness so she can come back stronger,” said Sharples.

“Obviously there’s been a little less time to prepare for the up and coming competitions.

“But knowing Katie as I do, she’ll bounce back quickly and I’m convinced we’ll have her 100 per cent fit by the time we get to the start of the winter season.

“She’s looking strong and she’s going to be back with us in the next couple of weeks.”

Summerhayes took nine months out last year with an anterior cruciate ligament injury and then skied a full – and successful – season before being told the operation hadn’t been a success.

But she’s not alone. Canada’s Kaya Turkski, another top medal contender when slopestyle makes its Olympic debut in Sochi, is also coming back from a similar injury.

“It shows that a lot of the girls are in the same boat,” added Sharples.

“However, Katie’s support staff from the British team and her own sponsors has been incredible and her knee surgeon Dr Andy Williams is arguably the best in the country.

“But preventing further injury is like a lottery really. We’ve got people coming in and out of injury all the time, all countries have the same problems.”