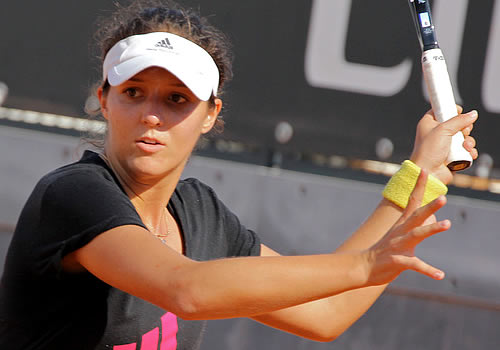 Laura Robson is out of the China Open after suffering a straight-sets defeat by Angelique Kerber in the second round.

The British No1 went down 6-1 6-2 to the seventh seed in Beijing after an error-strewn display against the 25-year-old German.

Robson, whose serve was broken in the opening game, double faulted as Kerber broke to love to clinch victory in the second-round match.

On Saturday, British No2 Heather Watson was beaten in the first round, losing to American Varvara Lepchenko in three sets.

Elsewhere in Beijng, Victoria Azarenka‘s defence of her China Open title lasted only one match after she suffered a surprise loss to German world No43 Andrea Petkovic.

The world No2 was beaten 6-4 2-6 6-4 in a gruelling match lasting two hours 22 minutes and follows the Belarusian’s second-round loss to Venus Williams in Tokyo last week.

“It was an awful match and very bad performance from me, so not much to say,” said Azarenka, who lost the US Open final to Serena Williams earlier this month. “It happens once, twice a year to every player, and happened to me today.”