Tomkins and Burrell in England squad for autumn internationals 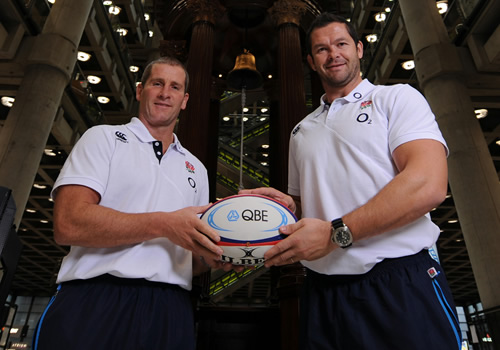 Gloucester outside centre Henry Trinder has also been included after a highly impressive start to the season, while Exeter’s Tom Johnson is the final addition to Lancaster’s squad, covering the injury to Leicester flanker Tom Croft.

England enjoyed a successful summer, beating Argentina twice in South America to put the disappointment of missing out on the 2013 RBS 6 Nations title to rest.

The squad will assemble in Leeds on Monday 21 October for a training camp before heading down to Pennyhill Park later in the month ahead of the Wallabies visiting Twickenham on 2 November.

Speaking following the announcement, Lancaster said: “We have been looking forward to this QBE Internationals series ever since we got back from Argentina.

“As a coaching group we have watched a lot of rugby and we are pleased with the form of the squad. The camp is an important part of our preparation and we are looking forward to meeting up.

“Inevitably there have been some injuries and there is still a big European weekend ahead. “But injuries always create opportunities and we are pleased to call up Tom Johnson, Joel Tomkins, Henry Trinder and Luther Burrell into the Senior EPS, with Luther joining us as injury cover so it will be great for him to come in and put a marker down in what is going to be a competitive selection leading into the Australia game.

“We have three major Tests ahead of us and we are looking forward to the challenge.”