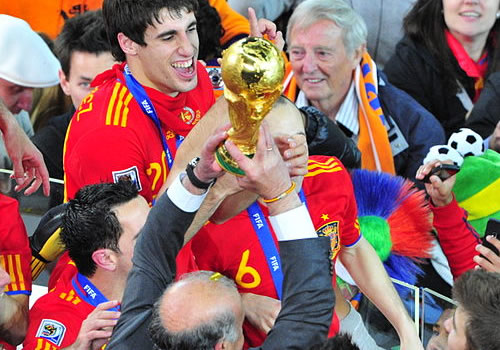 The 2014 World Cup European play-off draw will take place in Zurich on Monday at 1300BST.

The eight best runners-up in the European qualifying competition were decided on the completion of the group matches last Tuesday.

The eight teams will be drawn into four play-off matches, which will be played on a home-and-away basis and determine the four remaining European teams for the final tournament.

The eight teams qualified for the play-offs will be seeded into two pots based on the FIFA/Coca-Cola World Ranking published on 17 October 2013 (ranking position in brackets):

The two balls will be stirred again and drawn one by one. The first ball drawn will be the home team for the first leg. The same process will be repeated for the remaining balls in each pot.

The draw will be conducted by Gordon Savic, Head of FIFA World Cup Qualifiers, with the assistance of Alexander Frei, the former Swiss international who appeared in the two last World Cups and 84 international matches (42 goals, all-time Swiss top scorer).

The play-off matches are due to be played on 15 November and 19 November respectively.

The team which scores the greater number of goals in the two matches qualifies. In the event of a tie, the team that scores the greater number of away goals will qualify. If the winner is still not decided, the second-leg match will go to extra time with two periods of 15 minutes each, with the away goals rule still applied. If no goals are scored in extra time, then the penalty kick procedures will apply, as described in the Laws of the Game.