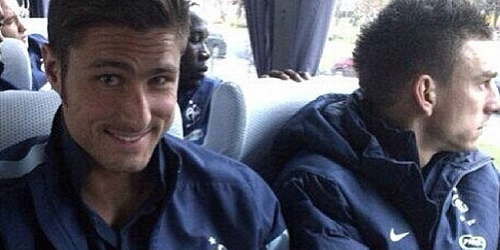 Mesut Ozil has taken to his Twitter page to wish Gunners team-mates Olivier Giroud and Laurent Koscielny luck ahead of France’s clash against Ukraine on Friday night.

The Germany international, who is expected to line-up against Italy at the San Siro this evening, has already helped the three-time World Cup winners book their place in next summer’s tournament after topping their qualifying group.

However, Giroud and Koscielny must help France get past England’s group opponents Ukraine to seal their place in the World Cup afte reigning champions Spain finished ahead of Didier Deschamp’s men in Group I.

And Ozil hopes to see his Arsenal colleagues at the South American tournament next June.

Crossing my finger for Olivier Giroud and Laurent Koscielny. Want to see you in brazil.

“Personally, I think so. Mesut is a star and Real Madrid are full of stars. I didn’t expect Madrid to let him go,” Monreal told Marca.

Jan Vertonghen ‘happy’ to continue playing at left-back for Tottenham