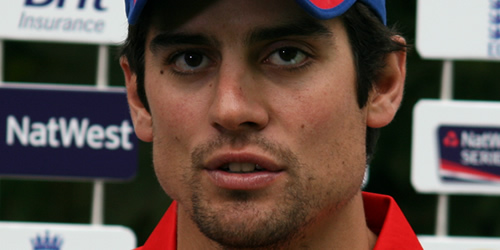 Alastair Cook says Shane Warne’s criticism of his England captaincy is “water of a duck’s back” ahead of their second warm-up match against Australia ‘A’ on Wednesday.

The former Aussie bowler claimed Cook’s captaincy is “negative” and “boring” despite the 28-year-old leading England to a historic tour win in India and securing his country’s third successive Ashes triumph.

And Cook admits he expects such “slagging off” from the Australian ahead of the first Test in Brisbane on 21 November.

“It is water off a duck’s back,” said Cook. “It is something we have come to expect from him.”

“We wouldn’t really expect anything different in terms of an Australian slagging off an Englishman. That’s pretty much how it is.”

Cook also rubbished Warne’s scepticism about Joe Root’s suitability as an opening batsman for the tourists.

“I don’t think I have seen a young player come in and adapt to any situation as well as he has. It is a real mark of quality that he can do that.

“We have got a good squad around him who have been there, seen it and done it. But he doesn’t need too much help.”