Brazilian Grand Prix 2013: Red Bull's Sebastian Vettel brings season to a close with a victory in an action-packed race 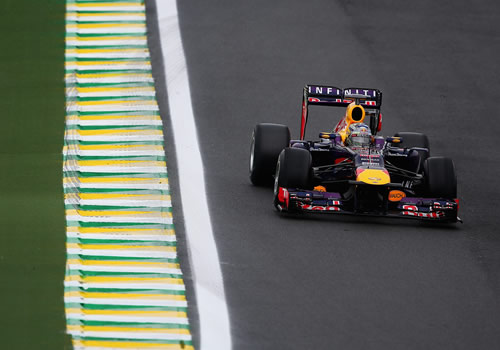 Sebastian Vettel concluded a storied season with another dominant performance, securing yet another victory and yet more records at the Brazilian Grand Prix.

It’s little wonder the German was disappointed this race around the fabled Interlagos circuit brings the curtain down on a season he surely never wants to finish.

“I am actually quite sad the season is coming to an end. The car has been phenomenal and has been getting better in every race,” he said, after securing the 39th win of his career.

“Thanks to Mark, we didn’t have the best of relationships but we have also have always had a lot of respect for each other and we have been a very successful pairing for the team.”

The weather threatened to cause problems but it will take more than drizzle to deny Red Bull’s dominance, which their team principal Christian Horner is running out of superlatives to describe.

“I want to thank everyone who has helped me – they know who they are,” said Webber.

“It was a good finish to my career. I want to thank Seb, Fernando, Lewis all the guys who have been in window the last few years.”

Alonso, who secured second in the overall standings in the USA last week, was happy to end a run of five races without a podium.

But Ferrari team principal Stefano Domenicali was less than impressed with a drive through penalty that dropped departing team-mate Felipe Massa down to seventh, meaning Mercedes secured second in the constructors’ championship by just six points.

“It’s a shame and sad that he had a drive-through [penalty] because a podium was close for Felipe,” said Alonso.

“When I saw he was in fourth place I though it would be a good celebration for him.

“It’s sad but for the last four years he’s been an amazing team-mate with amazing skills and we’ve had a friendly relationship. Next year we will see him in the paddock in different colours.

“It was a difficult race for everyone. The rain did not come and we would have been more competitive in the wet.

“It seemed like it was going to rain at any time but it didn’t and it was a shame for us. But to finish on the podium means we finish the season on a high. Next year we look forwards.”

McLaren’s Jenson Button secured his best result of the season with a fourth place while Lewis Hamilton was left frustrated after also picking up a drive through penalty, following a collision with Williams’ Valtteri Bottas, that dropped him to ninth.

“I don’t really know what happened and I need to see it again,” said Hamilton.

“I just don’t know what happened, I went to the right and we touched, I obviously did something wrong. A podium was achievable which is why it was so disappointing. I am just glad it’s over.”