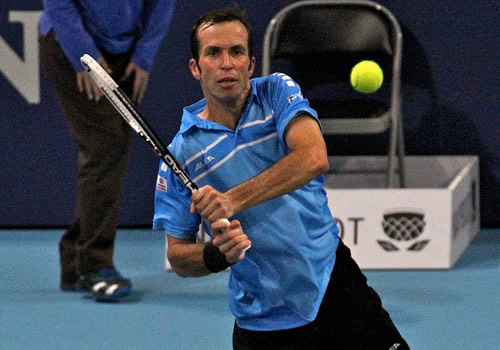 Radek Stepanek was lost for words after winning the decisive rubber against Dusan Lajovic as the Czech Republic beat Serbia 3-2 to retain the Davis Cup in Belgrade.

The world No44, who helped his team become only the fifth country to retain the Davis Cup since the formation of the World Group stage in 1981, was too good for his lower-ranked opponent and eased to a 6-3 6-3 6-1 win.

“I don’t think words can describe it,” said Stepanek after sealing the victory.

“To defend this trophy means the world for us right now. For our country, waiting 32 years for a second title, now we are one of the five countries who have been able to defend a title. We made history today.”

Stand-in Czech Republic captain Vladimir Safarik added: “It’s a dream. It’s a privilege to be on this team. To have Tomas and Radek on my team is something special. It’s amazing what they have achieved. It’s probably one of the happiest moments in my life.”

“That’s a beautiful stat, what can I say,” said Stepanek. “I’m indescribably happy. This is the highest [moment of my career]. To win Davis Cup is so far my biggest achievement.

“I got in Top 10 singles, Top 10 in doubles, I won two Grand Slams, played Masters [events] in singles and doubles. Winning two Davis Cups is just on top of it.”

Earlier on Sunday, Serbia’s Novak Djokovic had beaten Tomas Berdych in straight sets to level the tie at 2-2 with a 6-4 7-6 6-2 victory.

“It was so close, so tense, especially in the second set where one point decided it,” said world No2 Djokovic. “It could easily have gone the other way.”