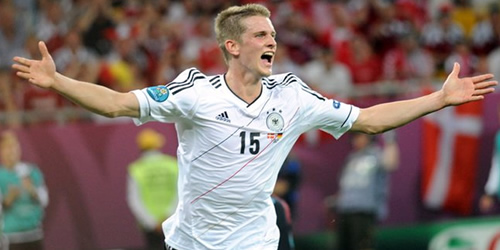 The Reds manager has made no secret of his desire to strengthen his squad in the transfer window as Liverpool aim to keep their top-four bid on track.

Molby, who won three top-flight titles during a 11-year career at the Reds, feels Rodgers should attempt to sign Germany international Bender.

“My suggestion would be for Liverpool to go after Bayer Leverkusen’s Lars Bender,” Molby wrote in his Liverpool Echo column.

“There are a lot of top players in Germany and I look at Bender and believe he is the real deal.

“For me, he ticks all the boxes.

“But, as I say, you can never second guess managers these days and my views may be seen as a little old school.

“You find that many top flight managers look for specialist players.”

Bender has scored 14 goals in 150 appearances for Sami Hyypia’s side after moving to Bayer Leverkusen from 1860 Munich in 2009.

These are key months for Man United, admits Wayne Rooney

‘Liverpool’s Brendan Rodgers needs to pick a settled side’