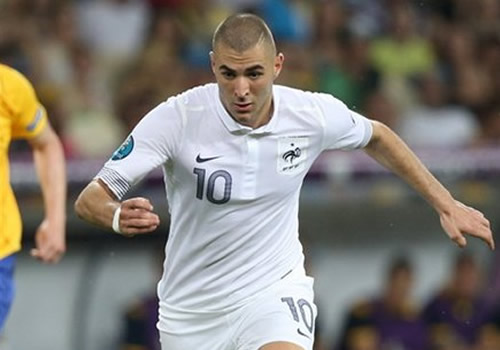 Karim Benzema has been linked with Arsenal Photo: Football.ua/Wikimedia

Mamadou Sakho has played down his role in France’s 3-0 victory over Ukraine which booked their place at next summer’s World Cup.

Trailing 2-0 from the first leg in Kiev, Liverpool centre-half Sakho started a French comeback with a goal from a Les Bleus corner before Arsenal target Karim Benzema levelled the World Cup play-off.

And former Paris Saint-Germain defender Sakho, who moved to the Reds in a £16m deal this summer, scored the tie’s winner with 18 minutes remaining, which earned him praise from France manager Didier Deschamps.

“There’s pure happiness and we’ve written a page in French football history with this,” Sakho said.

“A lot of people didn’t believe in us but there were also plenty who did. France showed a lot of virtues and it was extraordinary for everybody.

“I don’t see myself as a hero; the team was the hero in this one. I’d never previously scored a double in my career.

“We’re going to Brazil and we have to take on board the lessons from all of our matches, not just this one.”