Man United transfers: We take a look at five midfielders that David Moyes could try to sign in the January transfer window 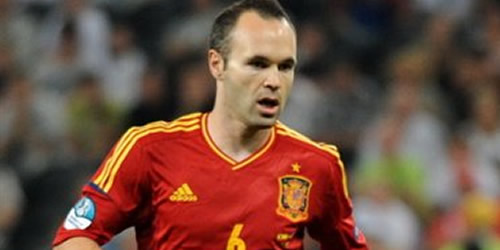 Manchester United were involved in one of the more bizarre transfer stories of the summer after being linked with a deal to sign Athletic Bilbao’s Ander Herrera. Three men in suits turned up at the La Liga offices claiming to be representatives of United. However, both Bilbao and the Premier League champions denied any connection to the trio. Could it be a more straightforward deal in January? The Spain Under-21 international has struggled to secure first-team football this season as Bilbao boss Ernesto Valverde persists with midfield duo Benat and Ander Iturraspe. Herrera has completed 90 minutes on just one occasion, in a 2-0 loss to Granada in October. So it’s no surprise that the 24-year-old has been linked with a switch to Old Trafford again. After missing out on Spanish trio Cesc Fabregas, Thiago Alcantara and Herrera, David Moyes eventually signed Marouane Fellaini in a £27.5m deal from Everton on transfer deadline day. The Belgian has struggled to settle at the Red Devils and received a red card in his most recent Champions League outing. Presumably, out-of-favour Herrera would be a tad cheaper than the £30m fee touted in the summer.

Staying in La Liga, the Spaniard is another name that has been linked with a switch to United in recent weeks. The Barcelona midfielder is currently involved in a wrangle over a new deal at Camp Nou, and the Red Devils could capitalise by making a move for the unsettled World Cup winner. Former United manager Sir Alex Ferguson famously said of Iniesta and his team-mate Xavi Hernandez: “I don’t think Iniesta and Xavi have ever given the ball away in their lives”. It would be a no-brainer for Moyes and Iniesta would be able to dictate United’s tempo in a similar manner to their diminutive legend Paul Scholes. Whilst there’s been no shortage of speculation, it could simply be a case of the Red Devils being used as a pawn in contract negotiations, similar to the Wesley Sneijder saga in 2010. Barcelona sporting director Andoni Zubizarreta certainly isn’t worried. “We’re close [to agreeing a new contract with Iniesta], yes. I think he could sign before Christmas,” said the Barca chief.

Kevin Strootman was regularly linked with the Red Devils before sealing a £14.2m to Roma from PSV Eindhoven in the summer – that’s almost half the price of Fellaini! The Netherlands international has made an immediate impact in the Italian capital with a return of two goals and five assists in 11 Serie A appearances, propelling unbeaten Roma to the top of the table. The 23-year-old, who stands at 6ft 2ins, is a physical presence but also possesses a subtlety to his game, whilst his late bursts into the penalty area make him a goal-scoring threat. The Red Devils are lacking power in midfield as Shinji Kagawa continues to struggle to adapt to the physicality of the Premier League, whilst Tom Cleverley hasn’t made the step up required to hold down a regular spot in the first team. On Sunday, Dutch boss Dick Advocaat insisted Strootman belonged at a top European club, like United, but the Red Devils would have to pay a premium price to lure Strootman away from Roma, who won’t be looking to sell such a key member of their side.

Schalke’s big prospect has been linked with almost every top club in the Premier League since bursting on the scene in 2011. The 20-year-old has already scored 14 goals in 86 Bundesliga appearances for Schalke, and is also becoming an important member of Germany’s squad. Capped nine times by Joachim Low, the attacking midfielder penned a new five-year deal with his current club in May, which is reported to contain a £38m buyout clause. It didn’t deter one Premier League club, who he rejected in the summer transfer window. Moyes has shown a willingness to trust in youth and develop prospects into established stars throughout his managerial career, and Draxler would certainly prove a hit at Old Trafford.

It’s almost inevitable that Moyes has been linked with a swoop for his former protegee Ross Barkley. The Everton youngster has been one of the Premier League’s most exciting breakthrough talents this term (competition from a former United midfielder Ravel Morrison for that title), scoring twice in 11 appearances. The 19-year-old is still rough around the edges but shows an elegance on the ball not to dissimilar to Bryan Robson in his pomp, or perhaps current England captain Steven Gerrard. With Moyes under pressure following a lacklustre start to the season, Barkley wouldn’t be a signing that could have a Mesut Ozil-like effect on the United first-team. But he would certainly be a great long-term prospect for the Red Devils who have lacked a real dominant midfielder in recent seasons.