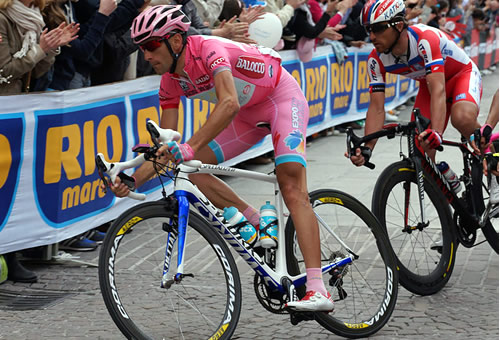 Despite the collapse of two World Tour teams, a number of mouth-watering transfers, and the now common scramble for sponsorship, it has been a relatively quiet off-season in the world of cycling.

After all, since Lance Armstrong gave THAT interview to Oprah Winfrey in early January last year, anything short of a complete termination of the sport can be seen as being quiet.

Out with the old and in with the new was the order of the day following Armstrong’s doping admissions as Englishman Brian Cookson replaced the much-maligned Pat McQuaid as the president of cycling’s governing body, the UCI.

In light of the Armstrong scandal a number of team sponsors pulled out of their investments resulting in teams folding or changing names, most notably the Basque team Euskaltel-Euskadi, whose distinctive orange colours will be absent from the peloton after two decades of racing.

In part one of our season preview we focus on the Grand Tours, the three-week stage races which earn the stars their pay-cheques, as we look back at 2013 and ahead to this year’s potential contenders.

The Giro will have a new champion in 2014 as holder Vincenzo Nibali is to focus on the Tour de France, but a host of other General Classification (GC) stars look to add the maglia rosa to their palmares. It could be a case of the old guard versus the young contenders when the race departs from Belfast on 9 May for the first of three stages on the Emerald Isle. BMC’s Cadel Evans, 36, and Katusha’s Joaquim Rodriguez, who turns 35 during the race, have already announced that the Giro will be their main focus in what could be their last seasons as GC contenders. Rodriguez has nine top-10 finishes in the Grand Tours but has never won one, while Evans’ victory in the 2011 Tour de France is his sole Grand Tour win. At the other end of the age spectrum, Evans’ fellow Australian Richie Porte is likely to be Team Sky’s contender, having played the support role in both Bradley Wiggins and Chris Froome’s Tour victories. Porte wore the maglia rosa for several stages in the 2010 Giro and finished seventh overall before acting as Alberto Contador’s main domestique in the Spaniard’s 2011 victory. Porte’s former Team Sky colleague Rigoberto Uran is a potential leader for his new Omega Pharma Quick-Step team. Manager Patrick Lefevere has yet to decide Uran’s race calendar but a Giro/Vuelta a Espana double could be on the cards for the Columbian who finished second in Italy last year.

Chris Froome, the winner in 2013, will look to hold off Nibali in the 2014 edition which starts in Yorkshire on 5 July, but the reduction to only one time trial (stage 20) could play into Italian’s hands. Also licking their lips at the lack of time trial kilometres will be two-time winner Alberto Contador, whose third win in 2010 was stripped due to a failed drugs test. In his prime, Contador could match the best in the mountains and the stages against the clock, but last year he lost an insurmountable amount of time to Froome in the two time trials, which ultimately cost him a place on the podium. Trek’s Andy Schleck is hoping to bounce back from a horror season and the de facto 2010 winner (after Contador’s disqualification) will be rejoined by brother Franck, who returns from his own doping ban. Both Schlecks are famously awful in time trials, with Andy losing the 2011 yellow jersey to Evans on the penultimate stage around Grenoble, but with only 54km against the clock they will both look to put time into their rivals in the six mountain stages.

Britain’s other star in the Tour, Mark Cavendish, will be bouyed by the signing of Mark Renshaw to the Manxman’s Omega Pharma Quick-Step team. Cavendish and Renshaw were part of the formidable HTC team between 2009-2011 when the Australian helped Cavendish to 13 Tour de France stage victories. OPQS manager Lefevere has not ruled out the possibility of the Uran riding the Tour instead of the Giro or Vuelta. This could cause similar problems for Cavendish to those he found in 2012 when Sky tried to balance their team around the different goals of Bradley Wiggins and Cavendish leading to a career low three stage wins for the Manx Missile. Cavendish’s main rival for the green sprinters jersey is Peter Sagan who is going for a hat-trick of wins in the competition. The young Slovak’s sprinting ability, as well as his prowess on the hillier stages, saw him beat Cavendish by 97 points in last year’s battle, which is likely to be the case again this year. Wiggins is now heading into his final season on the road before he returns to his roots on the track in an attempt to add to his tally of three Olympic gold medals in Rio. Having crashed out of the Giro last May, Wiggins have realised that his days of contending for the three-week races are now over, especially now that he has put on weight ahead of his return to the track. He will likely play a support role for Froome at this year’s Tour before targetting the World Time Trial Championship in Spain.

Predicting Vuelta winners is a perilous task, even during the race itself, with the unpredictability of the route as well as guessing at this early stage as to who will actually take part. Rumours emanating from the Movistar camp is that both Alejandro Valverde and Nairo Quintana will ride in Spain in August and September, which could lead to a double-pronged attack similar to Sky’s Froome/Wiggins combo that finished second and third in 2011. Valverde, Vuelta champion in 2009, will also ride the Tour de France while Quintana, King of the Mountains champion at the Tour last year, will likely aim for the Giro/Vuelta double and should cope with the steep Spanish hills with ease. Chris Horner, the 42-year-old winner of the 2013 Vuelta, finds himself without a team for 2014 as the American finds that it is no peloton for old men. His surprising victory in Spain has seemingly priced him out of a move to Androni-Giacattoli but he is still holding out hope of a ride with a World Tour team. In the next preview we will look at the favourites for the Spring one-day Classics.