ATP player of 2013: ‘Nothing is perfect’, but Rafael Nadal came close 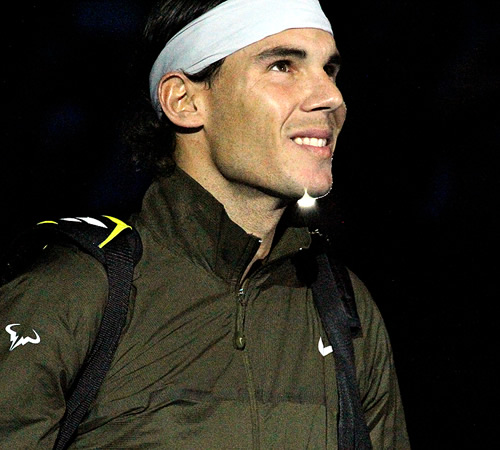 Rafael Nadal won the French Open and US Open in 2013 Photo: Marianne Bevis

The beginning of 2013 was hardly the most auspicious for Rafael Nadal.

He was scheduled to return to the tennis stage for the first time since his gruelling—and what turned out to be his last—match of 2012’s Wimbledon, a second-round, five-set loss to Lukas Rosol.

That match had taken Nadal’s vulnerable knees to the point of no return, and he was forced to withdraw from the Olympics, the US Open, the World Tour Finals, and everything in between.

His recuperation was complete in time for 2013’s overture in Doha, but then a stomach virus forced his withdrawal not just from Doha but from the Australian Open too.

If you don’t feel that you can improve, you know nothing about life, because nothing is perfect in this life

And this all begged one big question: When he finally did return, what kind of shape would Nadal be in after a seven-month absence? The answer, though, came swift and sure.

Ranked No5 for the first time since May 2005, the Spaniard finally played his first match, choosing to begin in Chile on his beloved clay. Within a month, he had reached three consecutive finals, taking two titles.

Now with a 12-1 South American clay run in the bag, he began an unbroken North American hard court run in Indian Wells: He would later win a rare double-header at the Masters in Montreal and Cincinnati.

Come April, Nadal barely put a foot wrong on the European clay, winning Barcelona, Rome, Madrid and an eighth French Open. He suffered just one loss, his first since that opening final in Vina del Mar, to Novak Djokovic in the Monte Carlo final. Nadal had put together a 44-2 run by Midsummer Day.

At Wimbledon, 12 months after his troubles began, he suffered his only major upset of the year in a first-round loss, but did not lose another match until October.

Nadal’s 25th and 26th Masters titles in Montreal and Cincinnati were capped by his 13th Grand Slam at the US Open, his 60th career title and his 10th of the year. He put together an unbroken 27 wins on hard courts that was halted, once again, by Djokovic, this time in Beijing—and that was after taking a detour to Spain for a 6-0, 6-0, 6-4 trouncing of Sergiy Stakhovsky on clay in the Davis Cup

So remarkable was the unfolding Nadal season—even more so in the context of 2012—that it was easy to forget he was not only winning, but winning against some of the best players ever to hold a racket.

Four times he beat Roger Federer, three of them on hard courts, with the most significant victory coming in the last event of Nadal’s jam-packed year, the semis of the World Tour Finals.

Three times out of six he beat world No1 Djokovic, stealing the top ranking in Beijing and denying the Serb in both the French and US Opens.

It was Djokovic, though, who prevented Nadal’s fairytale ending, a first World Tour Finals trophy. But even though the Spaniard did not end the season with a bang—and he has never been entirely at home on indoor courts—he certainly did not end it with a whimper. After the finals of Beijing, he reached the semis of both the Shanghai and Paris Masters, and was unbeaten in London until the final. By the season’s end, he had notched up more wins than any other man—one ahead of Djokovic at 75.

In short, what this most resilient, most dedicated and most self-effacing champion has achieved, coming from the depths of despair to end 2013 as No1, seemed impossible a year ago.

When next year unfolds beyond the Australian Open, which marks the last time for many months that Nadal will have no points to defend, he will be asked ever bigger questions. 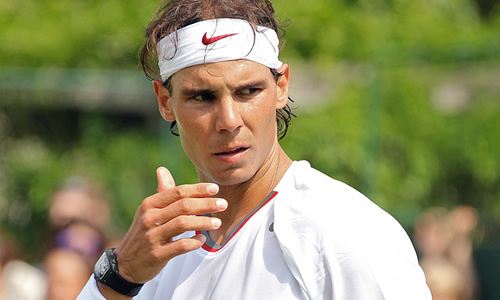 During 2013, Djokovic closed the gap with Nadal on clay to within a hair’s breadth: Witness their five-set semi in Paris that turned on a sixpence. A pain-free Andy Murray may well return to the fray a tougher and faster rival. Federer, after physical problems of his own in 2013, also has renewed ambitions.

And that is to ignore, among others, the burgeoning Grigor Dimitrov, the refocused Ernests Gulbis, the resurgent Juan Martin del Potro and the ever-determined David Ferrer, who all took sets off Nadal in 2013—the latter pair even scored wins over him.

Yet that is also to ignore the smartness of the Spaniard, still only 27 years old but who has evolved his game both to counter the challenges of such opponents and to shorten his time on court—and thereby protect his body. He has developed a very effective serve, which proved the equal of John Isner’s in the tie-break-decided Cincinnati final this year. He can produce some top-notch net play and overheads. Above all, he has begun to use aggressive tactics that make the most of these newly-honed skills.

But what has shone through the whole of Nadal’s season, like a vein of gold through rock, are the undimmed fighting spirit and vitality of a man apparently burnished by his enforced absence. He seems more hungry and more determined than ever, as his comment after winning the French Open affirmed:

“If you don’t feel that you can improve, you know nothing about life, because nothing is perfect in this life. You can improve always in every way… But if you keep improving, doesn’t mean you will win more. The only thing I am sure of is I will try.”

Few will deny him the ‘Player of 2013’ nod, but few will also discount him from winning it again next year. It certainly won’t be for want of trying.

WTA player of 2013: Serena Williams proves yet again to be ‘really special’