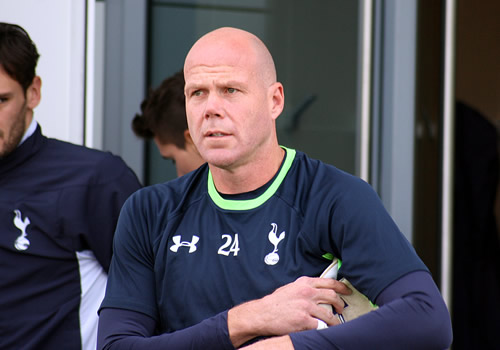 Brad Friedel has defended Andre Villas-Boas following the criticism aimed at the Tottenham boss in the wake of Spurs’ “embarrassing” defeat by Manchester City.

The Portuguese coach’s position came under scrutiny after Spurs slumped to a 6-0 thrashing at Etihad Stadium last month before Sunday’s 2-2 draw with Manchester United at White Hart Lane.

But Friedel insists that the Tottenham players are fully behind Villas-Boas and claims that the draw with United underlines the spirit amongst the squad.

“There has never been disunity in the squad,” Friedel said.

“The squad is together and the whole team and all the players back the manager. He’s a very good manager.

“Yes, everyone was upset after the 6-0 loss, we were upset at losing out on the three points and embarrassed at the scoreline, but we stuck together.

“Our performances against Tromso and Man United showed what team spirit we do have.”