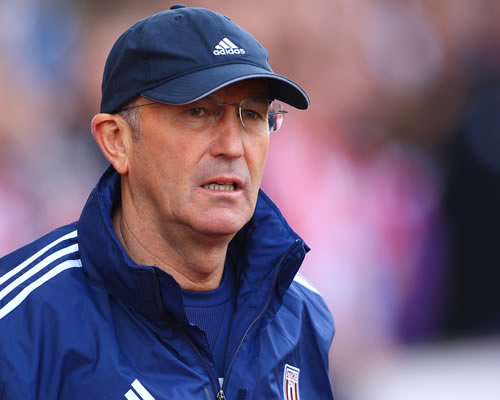 Tony Pulis took over at Crystal Palace in November Photo: Back Page Images

Chelsea host Crystal Palace in the Premier League on Saturday looking to return to winning ways after their surprise 3-2 loss at Stoke – and tickets for the game are available on viagogo.

Jose Mourinho’s men slipped down to third place in the Premier League table after slumping to their third defeat of the season at the Britannia Stadium.

The loss left them five points behind leaders Arsenal after the weekend’s fixtures and the Blues will be keen to record a win against the Eagles ahead of a trip to Emirates Stadium on 23 December.

Crystal Palace, meanwhile, head into the showdown in west London on the back of two straight wins following Tony Pulis’ appointment as Ian Holloway’s successor.

The south Londoners secured wins against Cardiff City and West Ham United at Selhurst Park to give their Premier League survival hopes a huge boost and move them level on points with both the Hammers and Fulham above them.

Pulis’ men will be desperate to continue recording points in their bid to stay in the top flight, and will take heart from West Bromwich Albion, who are the only team to have taken anything away from Stamford Bridge this season following a dramatic 2-2 draw.

So with plenty at stake for both teams heading into Saturday’s showdown, why not book you place at Stamford Bridge today?

Arsenal’s Olivier Giroud frustrated at being benched for Hull clash