Liverpool transfers: Four defenders who could join Reds in January

Liverpool transfers: Goals at Anfield are not a problem but Brendan Rodgers will be looking to tighten up his defence come January 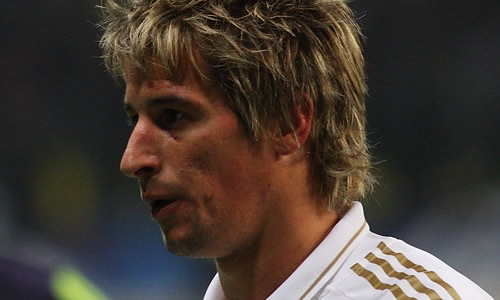 Juventus centre-half Martin Caceres is on the radar of a number of top European clubs and came close to a move to the red side of Merseyside in 2010 as part of Barcelona’s deal for Javier Mascherano. Arsenal are also monitoring the 26-year-old, who can operate as a left-back, whilst Napoli boss Rafael Benitez has been a long-term admirer of Caceres. The former Barcelona man’s style would be ideal for the Premier League, though staying fit has been a problem throughout his career and hampered his progression at Camp Nou. He was recently out-of-action with a knee injury but if he can stay fit and perform over the coming weeks then Brendan Rodgers may decide to make a January offer for the Uruguayan. Barcelona may come knocking for Daniel Agger again, and if so, the need for Caceres at Anfield will dramatically increase.

As Glen Johnson stalls over contract talks, options for a January right-back will certainly be a priority for the club and Richards would fit the bill. Rodgers travelled to Eastlands in October to reportedly scout the England international against Bayern Munich after the Citizens defender also put contract talks on hold as he waits to see if he will be part of Manuel Pellegrini’s plans. The 25-year-old is still sure to have his best days ahead of him and would enjoy reuniting with close friend Daniel Sturridge – whom he progressed through the City youth ranks with. The summer arrival of Martin Demichelis and Pablo Zabaleta as the club’s first-choice right-back, Richards and City could welcome a move which would ensure the club could receive a substantial amount as time on his contract ticks away.

Having made just three appearances this season, the England international will be looking to end his frustration at Stamford Bridge. The 24-year-old left-back has been unlucky under Jose Mourinho after falling behind Ashley Cole and in-form Cesar Azpilicueta in the pecking order at Chelsea. Nottingham Forest are interested in securing the services of Bertrand but he will be keen on remaining in the Premier League and making his mark on Merseyside if given the opportunity. As Jose Enrique faces a spell on the sidelines, Rodgers is likely to keep tabs on the full-back and a deal would see the pair reunite after the Liverpool boss worked alongside the defender during his time as manager of the Chelsea reserves.

The Portugal international has had a frustrating season at the Bernabeu and is reportedly a target for Manchester United and Tottenham. United would be favourites for the left-back having missed out on a last-ditch loan attempt in September but the arrival of the player at Anfield would be sure to please the fans. His style and attacking qualities are recognised around Europe and a potential signing could prove to be a key deal as the Reds look to strengthen the left-back area. A loan deal would be the most likely form of business come January as Carlo Ancelotti remains defiant that he is not ready to close the door on the 25-year-old.