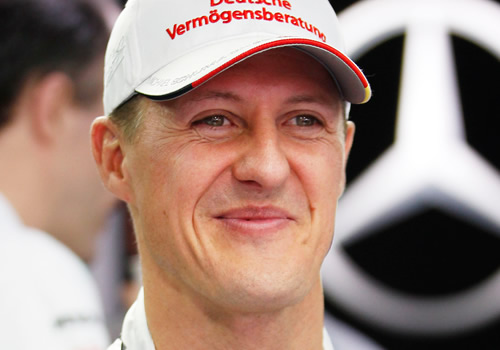 Michael Schumacher’s condition has improved slightly after a second operation to relieve pressure on his brain, his doctors have said.

The 44-year-old suffered head injuries in a skiing accident in the French Alps on Sunday and remains in intensive care at a hospital in Grenoble.

Doctors said that an initial scan on Monday showed “a slight improvement” and a window of opportunity for a second operation, before surgeons operated on Schumacher for about two hours.

“Late on [Monday] evening a new brain scan was carried out and there was a slight improvement,” said Jacqueline Hubert, the director general of the hospital.

“The scan allowed us to suggest we could have a new intervention [on the brain] and that took place overnight. A new scan was carried out this morning and this shows slight improvement.”

One of the doctors treating Schumacher added: “We have seen a few signs to show the situation is better controlled than it was [on Monday]

“We can’t say he is out of danger but we have gained a bit of time. The coming hours are crucial.

“All the family is very much aware that his state is still sensitive and anything can happen.”

Schumacher’s wife, Corinna, daughter Gina Maria and son Mick are all understood to be with him at hospital.

Ashes 2013-14: England have plenty to play for, insists Ben Stokes