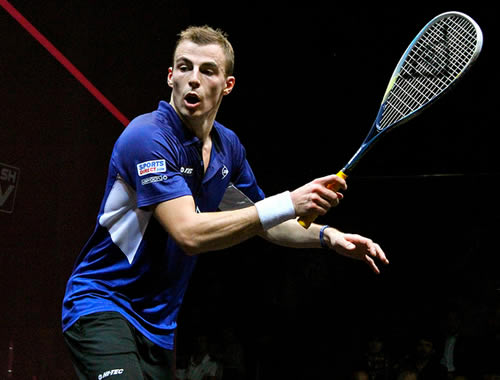 Nick Matthew will begin 2014 as No1 in the world Photo: Marianne Bevis

Briton Nick Matthew will begin 2014 as No1 in the world squash rankings after winning the prestigious Hong Kong Open for the first time in his career.

It is almost two years since the 33-year-old from Sheffield last held the top spot that he first claimed in June 2010. On that occasion, he took over the No1 ranking from the one of the most famous names in squash, the charismatic Egyptian Ramy Ashour, and will do so again with this Hong Kong victory.

Matthew’s end-of-year surge to the top comes just a month after he won the World Championships for the third time in the last four years, a feat achieved by a very select group of players such as Geoff Hunt, Jahangir Khan and Amr Shabana.

Matthew went into Hong Kong, the eighth and final PSA World Series tournament of the year, as the No4 seed. He beat France’s world No2 Gregory Gaultier in the semis before overcoming Spain’s No7 seed Borja Golan in four games and just over an hour. Top seed Ashour retired injured in the quarters against Golan in his first tournament back after injury forced him out of his semi against Matthew at the World Championships.

Matthew, naturally, was delighted: “It feels amazing. I’ve been coming here since 2001 and always struggled, so to end the year on a high with this title and going back to No1 is an amazing feeling.

“It’s been a great year for me: I got married as well, so it’s been really special for me.

“I think Ramy [Ashour] has shown that he is the best player, so I’ll take the ranking with a pinch of salt. I have to beat him on a regular basis and that’s the next goal. But I have had my share of injuries and know what it’s like for him.”

Matthew’s win in Hong Kong takes his tally of titles to 27, and he is one of a rare band in squash to have won two of the most prestigious tournaments in the sport, the British Open and the World Championships, three times.

But Matthew revealed in his autobiography, “Sweating Blood”, published to coincide with the World Championships, that tennis had been his first choice of sport. After a tennis lesson at his local club in Sheffield, he was intrigued by the noise from the squash courts:

“I went to see what was happening and I was gripped. The players were smashing the ball against the wall and there was so much more going on than in tennis. After a while I stopped playing tennis and took up squash.”

By 1999, he was British Junior Open under-19 champion, and that club now has a court named after their most famous son. 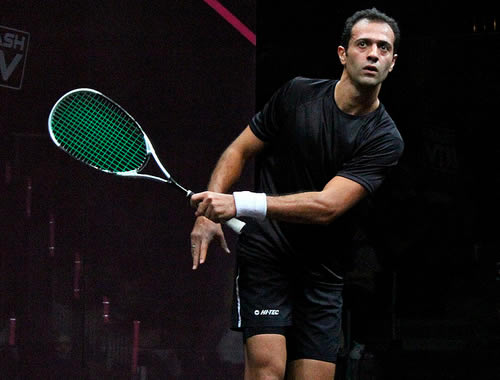 In 2006, he became the first home-grown winner of the British Open for 67 years. After career-threatening shoulder surgery, he came back to win it again in 2009, beating English rival James Willstrop in a 122-minute marathon, the longest British Open final for more than 10 years.

In June 2010, Matthew topped the world rankings for the first time—initially for just three months—and in December became the first Englishman in the premier event’s 35-year history to win the PSA World Championship. The triumph took him back to No1, this time for a full year, and he defended his world title in 2011.

In 2012, at the O2 Arena in London, Matthew became the first Englishman to win the British Open title for a third time. Then at the start of 2013, he reached the final of the PSA World Series Finals in London, losing to Shabana.

In February, Matthew extended his winning streak over Willstrop in the British National Championship final to win a record fifth title. In June, he celebrated his sixth successive appearance in the World Team Championship by leading England to success over favourites and defending champions Egypt in the 2013 championship.

However, both Matthew and Ashour still have some way to go to match the ranking achievements of the 34-year-old Shabana, who became the first Egyptian to top the rankings in 2006—where he stayed for almost three years.

This month, Shabana, a four-time world champion, completed an unbroken 10-year run in the top 10.

He talked of his pride in the achievement: “I feel very fortunate to have had the career path that I did and still be able to compete. The 10 years went so fast. I’ll take every day now to the end of my career with great joy and pride. I feel physically and mentally as strong as I have ever been, but have been very unlucky with illnesses and injuries the past two years, so I’m trying to keep my head down and keep at it.

“My greatest and proudest achievement has to be my first world title in 2003. Winning it four times has been a dream come true, but coming from Egypt, a country which produced some of the greatest squash players ever, and being the first Egyptian World Champion is something I am very proud of.”