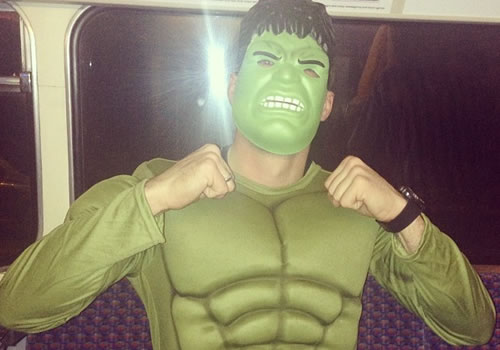 Arsenal surely deserve a good Christmas party after their flying start to the season.

And the Gunners needed no second invitation to get into character for Wednesday night’s bash in London.

Arsene Wenger’s table toppers were captured wearing fancy dress costumes in videos and pictures posted online by the players as they enjoyed some time off ahead of Monday’s clash with Chelsea.

Lukas Podolski posted the picture of himself dressed as the Hulk above, along with the message: “Funny tour. Just on the way to our team dinner….. #hulk #fun #picoftheday #podolski #lukaspodolski #poldi #aha #afc” 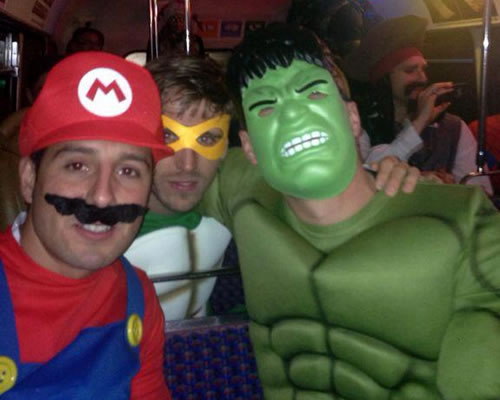 While many are still questioning their title credentials, Arsenal’s team spirit appears to be as high as ever. 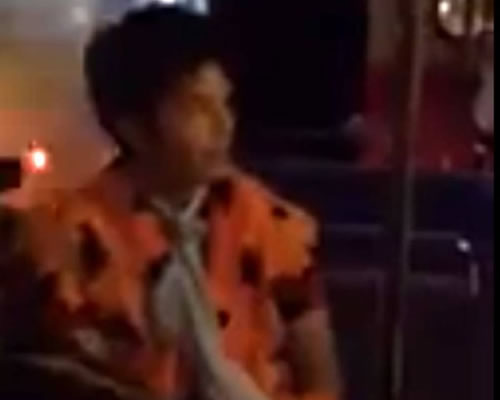