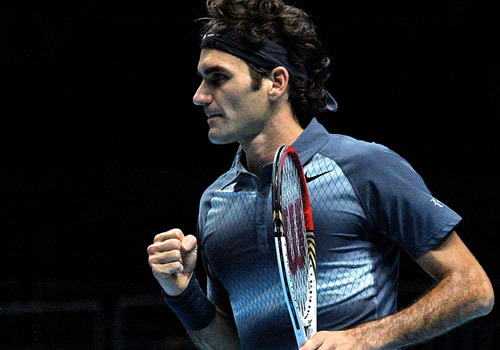 When Roger Federer arrives at Melbourne Park in January, it will mark four years since he won his last Australian Open title there. He lifted his fourth trophy on the Rod Laver arena—his 16th Grand Slam—in 2010.

Since then, he has reached just two more Major finals, winning only one of them: Wimbledon in 2012.

Months after that last Australian victory, his record run of 23 consecutive Major semis ended at Roland Garros, but not until this year did an even more remarkable run of 36 successive Grand Slam quarter-finals come to an end in the second round at Wimbledon.

Suddenly, a word that had been whispered around tennis corridors since Federer turned 30—retirement—was now spoken openly. His retort at the news conference not 15 minutes after his London loss was clear:

“No, because I still have plans to play for many more years to come…I wish it wasn’t going to end here today…[But] what do you do after something like this? You don’t panic at this point, that’s clear. Just go back to work and come back stronger really. Somewhat simple, but hard to do sometimes…”

It proved hard for many reasons. Trials with a new, bigger racket and a rare detour to a couple of clay tournaments ended badly with back problems that blighted his preparation for the US Open Series. He was forced to withdraw from Montreal and lost in the fourth round at Flushing Meadows.

By the end of the year, though, his form and match-wins began to return and the pugnacious Federer of Wimbledon had mellowed into the more familiar pragmatism—an honest appraisal both of the difficulties of 2013 and his expectations of 2014.

He told Credit Suisse last week: “It was a very difficult year… That defeat [at Wimbledon] was one of the biggest disappointments of my season. I went there convinced I could win the tournament. But it wasn’t a complete surprise for me because I hadn’t played really well in Paris. Then Wimbledon was the start of the bigger problems.”

But he went on: “There’s no reason why I shouldn’t play better again in 2014, and have some great wins. I have still got some major goals, because I certainly haven’t forgotten how to play tennis. After all, I was still No1 in the fall of 2012, and at the end of the season, once my back was better, my results also improved. I reached the final in Basel and the semi-finals at Paris-Bercy and the World Tour Finals, and beat top-10 players without playing my best tennis.”

And he is firmly committed to continuing the evolution that began in 2013, where injury forced constant recalibration along the way.

“I’m concentrating fully on my training. For once I won’t be participating in any show tournaments, in contrast with 2012 when I went to South America.

“What is important is that I can train hard in Dubai in December without any setbacks. I think that it will take until April for me to catch up completely with my training.”

2014 will begin with Federer’s 15th consecutive Australian Open but, in a departure from recent scheduling, he will first play in Brisbane. His tournament of choice has more often been Doha—closer to his Dubai training base—but this change will ease jet lag and acclimatisation to the most distant Major of the year. Not that he doesn’t also have personal reasons for the change in schedule:

“I tell you it is a very nice a part of—I don’t like to call tennis my job… the beauty of being able to go to new places.

“It’s about getting to know new fans, new supporters, maybe getting away from the game as well is very nice. In Australia I have a lot of support and I’m really excited to see Brisbane after the experiences I’ve had in other cities in Australia.”

Tennis watchers are also excited about whether the new tournament will launch a new racket, for Federer has said he will return to trials of the bigger Wilson.

On the coaching front, too, he is still running free with friend and Davis Cup captain, Serverin Luthi, while his ties with long-standing friend and agent, Tony Godsick, took a new direction this week with the announcement that the two are to launch a sports management agency.

Team8, as the business will be called, is clearly some forward planning on Federer’s part: He may not be ready for retirement yet, but it will be ease the transition, when the moment comes, if he still has a finger on the tennis pulse.

Moving on to Melbourne, I really hope to be playing my absolute best, which I really think is possible. Then anything is possible for me. I really believe that

Not that he ever seems short of work. When he’s not grafting on the tennis court, or spending time with wife and twin daughters, or fulfilling sponsor commitments, he is representing his colleagues as President of the ATP Players Council—a role he has filled since 2008, and one that Novak Djokovic only last month said took “too much time and energy” out of the players.

Federer, more than any other player on tour, is also sought out by media, tournament directors and fans. That he has won the ATP Fans and Sportsmanship Awards year after year is testament to his generosity with time on both counts.

But an increasingly important component in the Federer jig-saw is his Foundation, which celebrates its 10th anniversary on Christmas Day. While he depends on his close-knit family to take the reins of this burgeoning charity, he remains hands-on with visits to projects in Africa and homeland Switzerland.

Indeed Federer’s first public appearance in Melbourne Park is a fund-raising exhibition with friend Jo-Wilfried Tsonga that will mark the 10th anniversary both of his Foundation and also of his first Australian title.

“When I won Wimbledon in 2003, I was able to make all this money… For me, it was very logical that I make use of it in a good way. The question is, what do you want to support personally?”

As his mother comes from South Africa, a place he visited often as child, he decided to help children in Africa, chiefly through education for youngsters between three and 12. Thus far, the Foundation supports around 80,000 children a year, but the goal is to make it one million by 2018.

But that’s for the future. For now, and as long as his health and hunger for his sport endure, it will be his goals on the tennis court that shape his calendar. He gave a broad outline of his 2014 hopes during the ATP World Tour Finals:

“I don’t know if I’m going to play more, necessarily. I’m just going to play a full schedule. Clearly Grand Slams are going to be part of my highlights, with some selected other events that I consider important to me, some of the Masters 1000s. Then hopefully I have something left for the World Tour Finals at the end of next year because that’s clearly a goal.”

He added this month: “I would like to win about five tournaments again and play in great finals, that’s where I have most fun. My ranking is less important to me, unless it’s about being No1. But it would be good to be in the top four or eight to get good seedings.”

Federer will go to Brisbane as the top seed, but even if he wins the title, he cannot improve on his No6 ranking before the Australian Open. That means another quarter-final against one his big rivals looms in the draw. His match at the same stage this year, against Tsonga, was one of the best of the tournament, as was his semi loss in five sets to Andy Murray.

At the end of the 2013, he reflected on that run as one of his best of the season. Now, he sounds optimistic of the same in his anniversary year, as he told the Australian Associated Press: “I’ve always believed that I’ve improved over the last 10 years… I feel that, as I move forward, I am a more complete player, a better player. That’s why I always believe that I can win if my body’s holding up and mentally I’m really hungry—and that is the case right now.

“I’m really healthy, I’m training extremely hard the last six weeks, and I had some success at the end of (last) year.

“Moving on to Melbourne, I really hope to be playing my absolute best, which I really think is possible. Then anything is possible for me. I really believe that.”

Part one of this two-part review looks at how positive thinking and a willingness to evolve helped him through a season of setbacks.