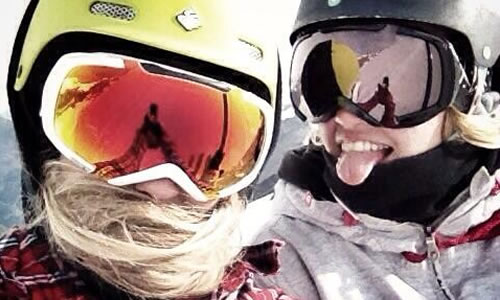 It was only the 18-year old’s sixth career World Cup start and her best previous position had been a 15th in Sierra Nevada earlier this year.

World ski slopestyle silver medallist James Woods settled for 11th in his first World Cup of the campaign while snowboarder Zoe Gillings was left frustrated after crashing in the quarter-finals of her snowboard cross World Cup in Lake Louise.

Gillings, fifth in the season opener, had qualified well but was wiped out in her first knockout race. She was ranked 13th overall and drops to seventh on the world rankings.

Snowboarder Aimee Fuller narrowly missed out on making the slopestyle final in Colarado, after placing 11th in a qualifying round staged in terrible conditions.

She missed the top eight that advance to the final but importantly ticked off one of the all-important top 12 Olympic selection standard, while British team-mate Katie Ormerod ranked 31st.

“It was not a great weekend for me,” said British number one Sarsfield.

“It was a very ‘alpine’ track with lots of turns and limited jumps. It was not really my ideal, so mistakes really cost me.”

And there was also disappointment for snowboarder Ben Kilner, bidding to make a second Olympic selection, and team-mate Dom Harrington, who failed to make the finals of the halfpipe event in Copper Mountain.

Aerials specialist Harry Gillam and Lloyd Wallace had their own Olympic experience with a World Cup staged at Beijing’s iconic Bird’s Nest stadium, the showpiece venue of the 2008 Games. Both failed to make the final, ranking 32nd and 36th respectively.

British Skeleton made one change to their World Cup team ahead of races in Winterburg, St Moritz and Igls that will decide quota races and sharpen Olympic selections.

She joins world number one and two Lizzy Yarnold and Shelley Rudman while the men’s World Cup team of Dominic Parsons, Kristan Bromley and Ed Smith is unchanged.