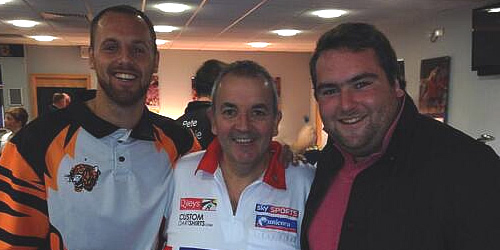 David Meyler helped Hull City seal their first-ever win against Liverpool as Steve Bruce’s men edged to a 3-1 win at the KC Stadium.

The hosts went ahead when Jake Livermore’s shot deflected past Simon Mignolet but Steven Gerrard levelled from the spot seven minutes later, before David Meyler and a Martin Skrtel own goal helped the home side secure three points in the second half.

Here is the best of the Twitter reactions from the professionals, and match-winners, in chronological order.

Former Liverpool striker Neil Mellor (‏@NeilMellor33) is concerned by Daniel Sturridge’s injury: “A huge blow to hear Sturridge out of the festive period with some massive away games ahead this month. #LFC”

Liverpool legend Robbie Fowler (‏@Robbie9Fowler) wants more from Victor Moses: “Victor Moses for me…. Try to do that in the right areas.”

Southampton hero Matt Le Tissier (‏@mattletiss7) is well-placed to judge what amounts to a great free-kick: “Quality free-kick that from Stevie G #toptopdraw”

Hull man Ahmed Elmohamady (‏@Elmo_27) is delighted with the result: “What a game!! What a result, Well done to everyone!”

Tigers midfielder Tom Huddlestone (‏@Huddz8) wants credit for Skrtel’s own goal: “Great win and performance from the lads today!! Massive three points needed after last weeks results. Goal panel can do me a favour I doubt it.”

Finally, Meyler (‏@DavidMeyler7) thrilled to net his first Hull goal in their first-ever win against the Reds: “Great three points today against a very good Liverpool side. Over the moon to score my first my goal. Lads were tremendous today. Arsenal next.”