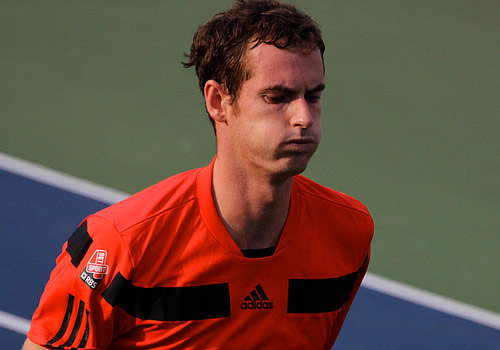 It was always going to be a difficult return to the tour for Andy Murray after playing no competitive tennis since back surgery in September.

Heading into the Australian Open swing, Murray has invariably enjoyed good results, his reward for the long and tough training block he puts in through the off-season in Miami. Last year, he allowed himself a rare trip home to Scotland for Christmas, but this year, he permitted no such luxury. He even stayed away from the Sports Personality of the Year awards—despite being the 2013 winner—to focus on his back rehab and preparation for the new season.

Such dedication has earned him titles in Brisbane for the last two years and runner-up trophies at the Australian Open in three of the last four years. However, Murray chose this time to open his campaign in the Middle East, first at the six-man Mubadala World Tennis Championship exhibition in Abu Dhabi and then at the ATP 250 in Doha.

He chose the former to test his back against high-level opponents—all of them top-10—before the rigours of ATP competition. There, he lost his opener to Jo-Wilfried Tsonga but won his second against Stanislas Wawrinka, and declared:

“It was good to get two matches against top players. Everyone needs matches at this stage, especially me. It’s been a perfect start and hopefully I’ll get better… I just need to play more matches like this because the intensity’s a lot higher than you can get in practice.”

I just decided to go for it, play aggressive, I had nothing to lose

Doha, like Brisbane, has been a rewarding stop for Murray in the past, a tournament where he scored two titles from three consecutive finals from 2007 to 2009.

He was not, though, the only top-10 player to opt for Doha in the opening week of 2014. World No1 Rafael Nadal and No3 David Ferrer topped the seedings while Nos 7 and 9, Tomas Berdych and Richard Gasquet, formed in tight order behind Murray. But the No4-ranked Briton drew an easy opener against Qatari wild card, the 19-year-old No2129-ranked Mousa Zayed and, not surprisingly, raced to one of the fastest match-wins recorded on the ATP tour in a 37-minute 6-0, 6-0 drubbing.

So short and untaxing was the match that Murray afterwards admitted: “I will probably go and hit a few balls with my coach now, as it was quite windy and there were not a lot of rallies in the match.”

His second match was expected to give Murray’s fans—and no doubt himself—a far better idea of the state of his game and fitness, for he faced the unpredictable talent of German Florian Mayer, a former world No16 who currently languished at No40.

The two had played each other three times before, and if Murray had any doubts of the threat Mayer could pose, he need only look at their best-of-three-set matches. In Rome in 2011, Mayer won the first set 6-1 before losing in three, and in Madrid last year, it took Murray two tie-breakers to win.

Only last October, Mayer beat Benoit Paire and David Ferrer to reach the quarters of the Shanghai Masters, but Murray seemed to have the measure of the entertaining and unorthodox Mayer game in the early stages of this match.

He eased through the opening set, 6-3 and broke Mayer’s opening service game in the second to lead 3-0, but the German upped his level to wonderful degree to break back. Mayer then fought off more break points, and sliced and diced his way with drops, lobs and angled backhands to win five of the next six games and take the set, 6-4.

Murray was furious with himself, but he would surely not have expected Mayer to keep up such a high level: The German’s inconsistency has frequently been his downfall. Not this time, though.

Mayer continued to use his devastating signature shot, a sliced backhand drop shot from the back of the court, and though Murray often chased it down, Mayer backed it up time and again with a winning lob.

Certainly when Mayer is playing well, his tennis is a delight, full of touch, spin, variety and unusual ball-striking. Now buoyed up by some signs of tiredness in the Murray game, Mayer used the same drop-lob combo to stretch his opponent at the start of the third set. A Murray double-fault brought up break point and Mayer rushed in for a smash put-away and the break.

By the fourth game of the set, Mayer was on an 18-point streak on serve and moved 3-1 ahead. A long, probing rally in seventh game earned Mayer another break point and Murray put a backhand long to give the German a 5-2 lead.

It left Mayer to serve for the match and he boldly took to the net for two serve-and-volley winners to take the win, 6-2, in a little under two hours.

The quietly-spoken Mayer afterwards said that he realised Murray was short of match-practice: “This was my best chance… I just decided to go for it, play aggressive, I had nothing to lose.”

The success of his tactics showed in the stats: 34 winners to Murray’s 25, and an impressive 20 points won from 29 forays to the net.

But Mayer also rang a small alarm bell by adding that he thought Murray might have had ‘a little back problem’. Not enough, it seems, to stop Murray playing a scheduled doubles match later the same evening, thereby keeping his followers in suspense for his postponed press conference.

Murray will certainly want to get as much competitive match-play under his belt as possible—and should doubles not provide it, he may be tempted to take a late wild card into the last of the Australian warm-ups next week in Sydney. He and his team will have plenty to discuss by the end of a truncated run in Doha.

Elsewhere, Nadal also came up against a German in full fighting mode. The top seed, whose best result in Doha was as runner-up in 2010, played the 74-ranked Tobias Kamke for the first time.

Nadal, like Murray, also looked in control with a 6-3 first set and 40-0 on Kamke’s serve at 5-5 in the second. But Nadal went on to lose the tie-break, 7-3, and had to fight tooth and nail in the third to hold off his challenger.

With the advantage of serving first, Nadal led 4-3 and was helped on his way by a couple of untimely double faults from Kamke to hand him the crucial break. Nadal served out the match, 6-3, after two and a half hours, and will next play the charismatic No7 seed, Ernests Gulbis, in the quarters.