Australian Open 2014: Novak Djokovic races past Fabio Fognini to set up a quarter-final against Stanislas Wawrinka 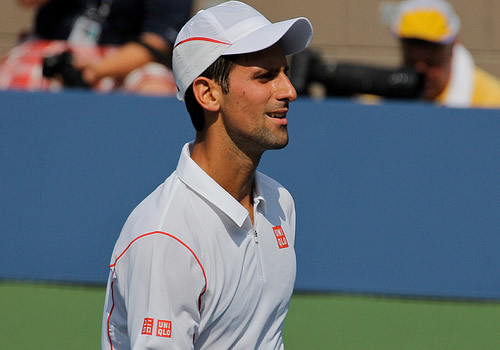 Novak Djokovic wasted no time as he raced through to the Australian Open quarter-finals thanks to a 6-3 6-0 6-2 win over Italy’s Fabio Fognini.

The defending champion and top seed needed just 92 minutes to brush aside his opponent and book his place in the last eight in Melbourne.

“I feel from the start of this tournament that I’ve been elevating my game as the tournament is going on,” said Djokovic. “Every match is better. I’m using the court position really well, being aggressive and playing my style of the game.

“That’s what I did really well today overall from the first to the last point. I haven’t allowed my opponent to come back to the match.”

Djokovic will face eighth seed Stanislas Wawrinka in the quarter-finals in Melbourne – and the world No2 is braced for a testing clash against the Swiss.

“He has been playing the tennis of his life in last 15 months,” said Djokovic. “He’s a top -10 player now. He’s established himself in the top level.

Elsewhere, third seed David Ferrer also progressed to the last eight thanks to a 6-7 7-5 6-2 6-1 win against Germany’s Florian Mayer.

And seventh seed Tomas Berdych beat Kevin Anderson 6-2 6-2 6-3 to set up a quarter-final clash against Ferrer.

Australian Open 2014: Sharapova loses to Cibulkova in round four