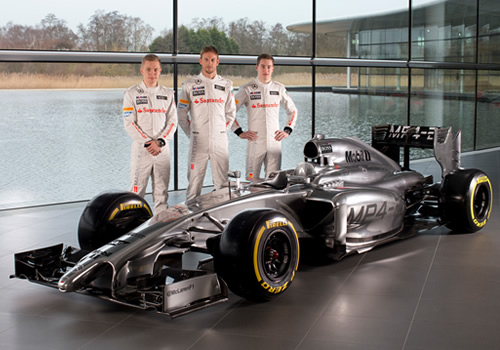 Eric Boullier has been appointed the racing director of McLaren after his departure from Lotus.

The 40-year-old Frenchman had been expected to make the move to McLaren having stepped down from his role as Lotus team principal last Friday.

“First of all, I regard this appointment as an honour, a privilege and a wonderful opportunity,” Boullier said.

“The McLaren Racing workforce and the facilities at the McLaren Technology Centre are world-class, and I’m hugely excited about the prospect of joining such an outstanding team.

“I’m both eager and determined to play an active part, working alongside McLaren Racing’s other senior managers and directors, within a new operational structure, to bring about the changes that will deliver success.”

McLaren did not confirm whether Boullier will replace team principal Martin Whitmarsh after widespread reports claimed that the 55-year-old has left the team.

He added: “I’m firmly of the belief that, once McLaren Racing’s restructured senior management team has been assembled, together we’ll begin the march back to full competitiveness, quickly and professionally, harnessing the fantastic depth of talent that exists within our organisation.”