Ozil, Messi and more: Sports stars ring in the new year on Twitter 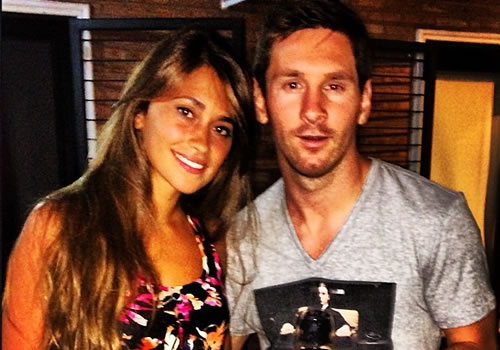 Arsenal playmaker Mesut Özil was among the tweeters as sports stars from all over the world used social media to deliver their best wishes for the year ahead.

A handful of Premier League stars led the messages on New Year’s Eve ahead of a packed schedule of top-flight action on Wednesday.

So in a special edition of Short and Tweet, here are some of our favourite updates as the world of sport rang in the new year.

Arsenal star Özil wishes his fans all the best for 2014 via his Facebook page: “dear fans, i wish you all the very best for the new year. may your wishes and dreams come true, with the best of health. #2014 M1Ö”

And so does his Gunners team-mate Olivier Giroud (@_OlivierGiroud_): “Hi all I wish you best wishes for 2014 for you and your family #love #HappyNewYear”

Lukas Podolski (@Podolski10) targets three points against Cardiff as a birthday present for Jack Wilshere: “New year is starting with the birthday of my mate Jack. All the best and 3 points today !;) #HappyBirthdayJack #aha”

And Wilshere (@JackWilshere) is the next Arsenal star to take to Twitter: “Happy New Year everyone…..Make it a good one! Hope 2014 will be the year I get my hands on that Premier League Trophy! #Gooners” before adding: “And for the record….Not really a fan of wine ;) #NotMe #GuessAgain”

Tom Cleverley (@tomclevz23) reflects on a top year for the Manchester United midfielder: “What a significant year in my life! First child and first premier league. One I will never forget! Happy new year everyone roll on 2014!”

Southampton defender Dejan Lovren (@DejanLovren05) adds his message: “New Days, New Time, New Moments Ahead Are Waiting For You, May These 365 Days Light Up Your Life, Happy New Year 2014.”

Fellow tennis star Milos Raonic (@milosraonic) sends his greetings from Down Under: “Happy New Year everybody from Perth, Australia! May you reach all your goals, with health and happiness!”

And finally, retired boxer Lennox Lewis (@LennoxLewis) chimes in: “Wishing everyone a safe and happy New Years Eve celebration and all the best in 2014. Bless!”

The Sport Review wishes all of our users all the very best for the new year!