Michael Schumacher latest: F1 legend being brought out of coma 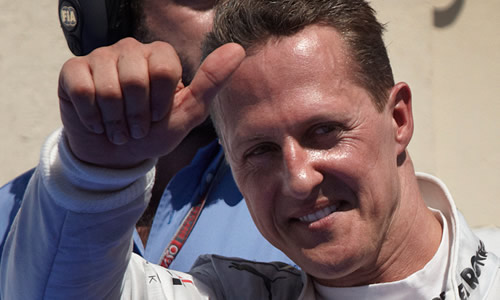 Michael Schumacher is slowly being brought out of an induced coma following his skiing accident last month, his manager has confirmed.

The seven time Schumacher has been in a coma since suffering a severe head injury in a skiing accident in the French Alps on 29 December.

The 45-year-old German was put into a medically induced coma by his doctors at a hospital in Grenoble, where doctors have kept him asleep to help reduce the swelling.

In a statement, Sebine Kehm said: “Michael’s sedation is being reduced in order to allow the start of the waking-up process which may take a long time.

“For the protection of the family, it was originally agreed by the interested parties to communicate this information only once this process was consolidated.”

Kehl has also confirmed that no further updates will be given at this stage.