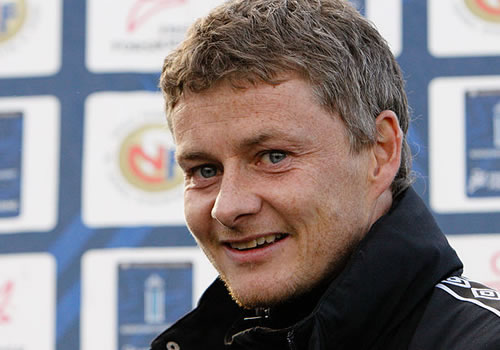 Ole Gunnar Solskjaer insists he is the right man to take Cardiff City to the “next level” after being appointed as Bluebirds manager.

The 40-year-old has agreed a 12-month rolling contract with City after watching Wednesday’s 2-0 defeat by Arsenal at Emirates Stadium alongside owner Vincent Tan.

“It’s a fantastic challenge for me,” said Solskjaer. “Cardiff City are ready to take the next step up, I hope I can help them.

“I’ve always dreamt of being a manager in the Premier League and I’m delighted to get the opportunity. I’m really looking forward to the challenge ahead. I’m going to bring my energy and enthusiasm to the club.”

Cardiff are 17th in the Premier League table and a point clear of the relegation zone.

Solskjaer’s first game in charge will be a trip to Newcastle in the third round of the FA Cup on Saturday.

“I’m a very positive manager,” he continued. “I want to play a good style of football and yesterday we showed what a threat we can be. We’ve got some of the toughest trips in world football coming up this month. They’re games we’ll relish and look forward to.

“I’ve had my best times of my career in the Premier League. I can’t wait to lead Cardiff City in front of this passionate support.

“We want to push this club forward and up the Premier League. The quality of the staff and players is high here.”

Solskjaer takes over at Cardiff after leaving Molde, whom he led to two Norwegian league titles and a cup.

“I have always wanted to come back to the Premier League,” he said. “I am really looking forward to convincing the Cardiff fans that I am the right man to take them forward.

“I will try to convince them with my hard work, loyalty and my brand of football.

“Yesterday was the first time I had seen Cardiff live. They gave me a lot of encouragement. I had my first chat with the players this morning.”

Mathieu Flamini: Arsenal not feeling any pressure in title race