"To come back in my fourth full run with World Cup points was a massive achievement," says Chemmy Alcott 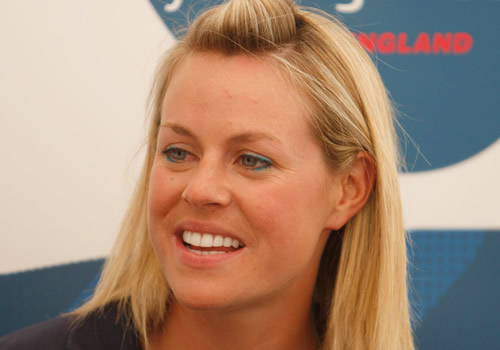 Her performances in her first World Cup since returning from a broken leg surprised even Chemmy Alcott but the soon-to-be four-time Olympian admitted it was a welcome shot in the arm ahead of Sochi.

The 31-year-old finally took to the slopes of Italian resort Cortina d’Ampezzo last week after heavy snowfall forced several postponements a matter of days before the British team for Sochi 2014 was due to be announced on 22 January.

The abandonments couldn’t have been worse timed with Alcott desperate to prove her fitness to selectors before the team was announced but she was able to rest easy when her name was among the final athletes chosen.

Alcott’s fortunes continued to turn as the weather cleared in Cortina and allowed her to compete on the World Cup circuit for the first time in a year and record top-50 finishes in two Super G and two downhill races.

And it was in the second Super G race on Sunday where Alcott, who first broken her leg in 2010 before pulling out of last season’s World Championships injured and then suffering a re-break in August really impressed.

She finished 23rd, her best World Cup finish for almost four years, and with less than two weeks until the start of the Sochi 2014 Winter Olympics, Alcott explained it had proved a real confidence booster.

“I did not expect it, I had a plan of going out there and getting emotional goals and gaining confidence and self belief going into Sochi and to come back in my fourth full run with World Cup points against the best in the world was a massive achievement and I’m very proud of that and slightly shocked,” she said.

“Confidence is what makes the best skiers. If you’ve got the confidence to go out there and take that line a little bit straighter, the skis a little further away from the body, that’s what it takes which is why I’m really happy sitting here having got my first World Cup points.

“I got huge amount of confidence from that and that’s what you need.”