Sochi 2014: James Woods refuses to be downhearted by a disappointing X Games performance 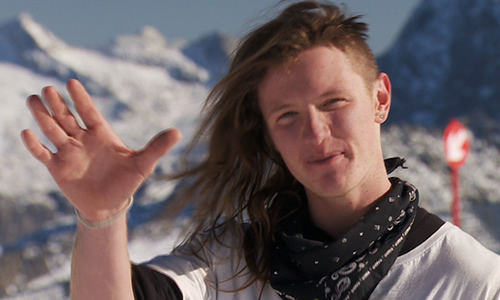 James Woods has admitted disappointment with his X Games performance – but insisted he isn’t complaining and wouldn’t have done anything different.

Woods was looking to upgrade last year’s bronze medal in the ski slopestyle event but narrowly missed the final after failing to get the required marks from judges in the qualifying round.

However, the 22-year-old – who heads to the Olympics ranked number one in the world – is, unsurprisingly for those that know him, fairly laidback.

“The X Games is such a focus of our season, it’s rich in heritage and obviously I was disappointed,” he said.

“I felt like I was a little underscored but I wouldn’t have changed what I did, perhaps I just needed that little bit of extra flair.

“I grew up playing football and you learn to play to the whistle and respect what the referee said. If the judges don’t give you what you want, you just deal with it. It was a little disappointing but it’s a subjective sport and you have to put your chin up and carry on.”

Woods though insists he is still brimming with confidence ahead of his Olympic debut, with hopes high for Britain’s freestyle skiers, especially after team-mates and close friends Rowan Cheshire and Katie Summerhayes secured recent World Cup podiums.

“I’m going to Sochi ranked number one in the world and my skiing is the best it’s ever been,” he added.

“I’ve tried to put the adrenaline part of sport on the back burner this season and concentrate on staying healthy and landing runs.

“Last year I went for everything because I was so determined to finish the season ranked number one. This year I’ve tried to smooth out the peaks and valleys. I’ve not undervalued any competition, I’m just trying to choose the battles.”

And the biggest battle lies ahead, with men’s ski slopestyle making its Olympic premiere on 13 February.