Golf preview: All roads lead to Hoylake from Joburg 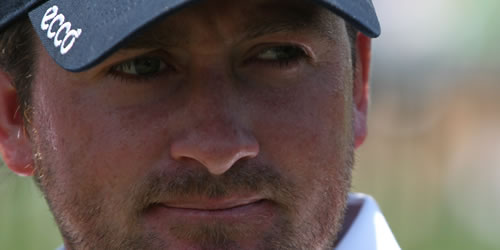 Graeme McDowell is set to make his return at Pebble Beach Photo: K Allison, via Flickr

After the lucrative Desert Swing of the European Tour took centre stage over the past three weeks, the majority of the tour’s pros return to the weekly grind for ranking points and earnings this week but the Joburg Open has an added dynamic in 2014.

Although there’s a purse of €1.9m, the focus for the majority of the participants will be on something which money cannot buy.

The 2014 Joburg Open will serve as a pathway into the oldest and most prestigious golfing tournament – the Open at Royal Liverpool from 17-20 July. The top three finishers within the top 10 from this week not already exempt will gain entry into this year’s Open.

Having been on the European Tour calendar for just seven years, the Joburg Open is not one of the traditionally ‘big’ events on the itinerary.

The event – which is co-sanctioned with the Sunshine Tour – has a field of over two thousand and consequently, is yet to truly capture the imagination.

Furthermore, the fact that home favourites have dominated the South African leg of the European Tour in recent years makes the event that less alluring, with many using the next couple of weeks to recharge the batteries.

It will be the second event of the Open Qualifying Series which sees 14 events in total taking place around five continents, offering players the chance to secure qualification.

The fact that only four players in the large field are already exempt tell its own story. Defending champion and six-time winner on the European Tour Richard Sterne is one of the pre-tournament favourites.

“The chance for players to qualify for The Open is an exciting new dimension to the tournament for 2014,” said Sterne.

“The Joburg Open is an excellent showcase for golf in South Africa and I’m sure that the players here this week will be competing hard to win their place at Royal Liverpool. The Open is such a historic Championship and it is a great experience to play any of the fantastic links courses on the rota.”

Former champion Charl Schwartzel will be looking to regain the Joburg Open crown after finishing runner-up to Sterne in 2013.

The Johannesburg native won the tournament in 2010 and again in 2011, three months before he won The Masters Tournament.

Dawie van der Walt will join Sterne and Schwartzel as the other South African in the field who has already secured a place at Royal Liverpool. Four-time winner on the European Tour, Gregory Bourdy, of France, who clinched the ISPS Handa Wales Open in September, is also exempt for The Open.

Englishman Ross Fisher and Robert Rock have both started the season brightly and will be looking to carry the momentum over to this week, where there is added incentive to succeed.

Schwartzel is the pre-tournament favourite with Paddy Power at 7/2 while Fisher could be an outside bet at 33/1.

The first two rounds will take place between the club’s East and West courses, with the East hosting the final 36 holes. Action gets underway on Thursday from 04:30 GMT.

Graeme McDowell, meanwhile, will return to the fairways at Pebble Beach after a 10-week break. The Northern Irishman is among a star-studded field taking part in the AT&T Pebble Beach Pro-am this week, the venue of his 2010 US Open triumph.

Jason Day, Dustin Johnson, Phil Mickelson, Padraig Harrington, Jordan Spieth and Hunter Mahan are just some of the big names lining out for what promises to be another entertaining week at the famous course.

The 156-man field will be competing for an enormous $6.6 million prize fund with over one million going to the winner.

Elsewhere, Tiger Woods is in India for a special 18-hole exhibition round at a private event. Woods will play alongside Hero Motors boss Pawan Munjal and his guests at the Delhi Golf Club.

Sochi 2014: Jamaica! We have a bobsled team… just no luggage