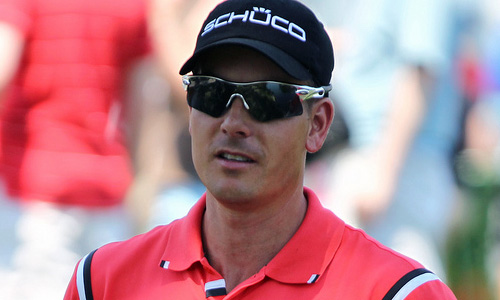 The start of the golfing year is often a slow burner.

The mundane events – on both sides of the Atlantic – are almost symptomatic of January and February’s plodding nature. There is no great zing or sense of anticipation, just an overriding feeling of monotony.

That changes this week, however, as the 2014 golfing calendar kickstarts with the WGC-Accenture Match Play Championship. The top 64 players in the world convene at the Ritz-Carlton Golf Club in Arizona for the simple but unpredictable format of cut-throat match play.

The fact that three of the top four in the current rankings have opted to sit this one out is indicative of the demanding schedule but despite the absence of Tiger Woods, Phil Mickelson and Adam Scott, this is a big deal. Forgot about the FedEx Cup points on offer or the substantial prize fund but the prestige of joining an elite winners list is what makes this the year’s first litmus test for many of the tour’s professionals.

The field is divided into four brackets or divisions with the first round taking place on Wednesday, when half of the competitors will pack up their bags and head home after just 18 holes.

It’s the harsh reality of the match play format but also what makes it so exhilarating: anything is possible.

Having said that, the past winners here are a select and distinguished group. Woods, Matt Kuchar, Luke Donald and Henrik Stenson are just some of those who have triumphed in Arizona in recent years. Class tends to come to the fore.

The four brackets – Sam Snead, Ben Hogan, Gary Player and Bobby Jones – are formulated through the world rankings with the top seed facing the 64th seed, the number two playing the 63rd seed and so on.

Sweden’s Stenson is the top seed in the absence of Woods and Scott and is joined by the top seeds – Justin Rose, Zach Johnson and Rory McIlroy – in the other three brackets.

The Swede, who won The Race to Dubai and the FedEx Cup on the US PGA Tour in a superb 2013, was off the pace in the three-week Desert Swing in January, but after a fortnight’s break, he is looking forward to returning to action in the Accenture Match Play in Arizona.

“You need to have better luck on your side and it doesn’t really matter if you’re number one seed or if you’re number 50 coming into this week,” Stenson said. “I remember how close I came to being knocked out by Zach Johnson in the first round in 2007, the year I won.

Whoever is the last man standing on Sunday will have overcome six rounds of knockout match play. This year’s purse has been increased to $9 million and even those eliminated at the first hurdle are rewarded lucratively.

The Dove Mountain course opened in 2008 and was designed by the legendary Jack Nicklaus. It’s wide fairways are counteracted by the fast, sloppy greens with the weather often playing its role. Located in the mountains, snow is not unusual with high winds and rains likely to be a factor throughout the week.