Golf preview: Honda set to be classic with star-studded field

The European Tour, meanwhile, reconvenes in South Africa for the Tshwane Open as the groundwork for the Masters begins 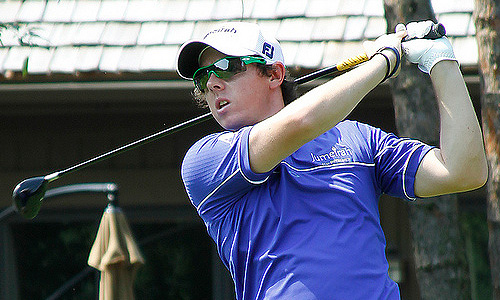 There’s no surprise that Florida is one of the most popular tourist destinations in the world and attracts some of the biggest celebrities to its quarters.

However, the southeastern American state is also home to some of the best golf courses on the circuit and has an equally strong allure on the game’s biggest names during the PGA Tour’s annual Florida Swing.

This week, seven of the top eight golfers in the world descend on Palm Beach Gardens for the most high-powered event of the year: the 2014 Honda Classic. Tiger Woods, Adam Scott, Phil Mickelson, Henrik Stenson, Rory McIlroy and Zach Johnson are all in town and lead a star-studded field.

Masters winner Adam Scott is returning from a six-week hiatus while Woods hasn’t been seen since the Dubai Desert Classic a month ago but McIlroy is the pre-tournament favourite (9/1) given his strong start to the season and record at PGA National.

The Northern Irishman won the tournament in 2012 and with Augusta around the corner, the serious groundwork begins in Florida.

The 24-year-old has been paired with Scott and American Billy Horschel while an all European pairing of Stenson, Luke Donald and Sergio Garcia is one of the stand-out groups for the first round, which begins on Thursday.

It’s just a taste of the international nature to the Honda Classic with several European Ryder Cup hopefuls on show at the Jack Nicklaus redesigned course.

Graeme McDowell had a mixed week at the World Match Play and will be determined to carry the momentum into this week, while Lee Westwood has endured a nightmare few months; he’ll be looking for the spark in Florida.

The Champion Course is the premier one of four at PGA National Golf Club. Originally designed by two brothers in 1981, it was re-designed by Nicklaus in 2002 to make it more testing for the pros. It has hosted the Honda Classic since 2007.

The famous 15th, 16th and 17th holes are known as ‘The Bear Trap’ and can often make or break a player’s round. However, one familiar face not involved will be Justin Rose, who was a late withdrawal due to a shoulder injury.

Play gets underway at 11.45am GMT. Before that, however, the European Tour continues in South Africa with the Tshwane Open.

With all eyes on Florida, it’s a slightly substandard field but as is the case at all European Tour events, the competition will be fierce.

England’s David Howell and Ireland’s Shane Lowry head the field while the usual home favourites are tipped to triumph once again on South African soil.

Robert Rock has been in steady form and at 80/1 offers a worthwhile punt as one of several Englishmen in action: Simon Dyson and Ross Fisher are also involved.

The Els Club at Copperleaf is the second ‘Signature’ Ernie Els designed golf course in South Africa and is just outside Centurion.
Copperleaf is best defined as ‘modern classic’ – the layout tests every aspect of the game and provides even the longest hitters with a challenge.

Ian Wright: What I think of Gabriel Martinelli at Arsenal