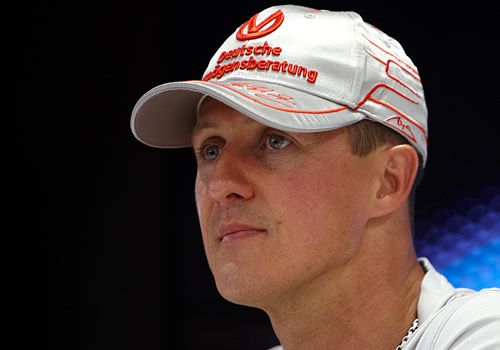 Doctors treating Michael Schumacher are continuing efforts to bring him out of his artificial coma, despite reports to the contrary.

German news magazine Focus reported that doctors had abandoned their attempts to wake up the Formula 1 legend following “complications”.

But Schumacher’s manager has said that despite the process taking a long period of time, it remained “unchanged”.

Sabine Kehm said: “This phase can take a long time, which, much to our regret, can lead to many misinterpretations.”

The seven time F1 champion has been in a coma since suffering a severe head injury in a skiing accident in the French Alps on 29 December.

The 45-year-old German was put into a medically-induced coma by his doctors at a hospital in Grenoble, where doctors kept him asleep to help reduce the swelling.

The German’s family issued a statement earlier this month saying that they “strongly believe” that he will recover.

The statement read: “Michael’s family would like to again express their sincere thanks for the continuous sympathy coming from all over the world.

“The good wishes they receive help the family and we are convinced they also help Michael, who still is in a waking-up process.

“As often in such situation, no day is like the next.

“The family is thankful for ones understanding that they would not wish to disclose medical details in order to protect Michael’s privacy.”