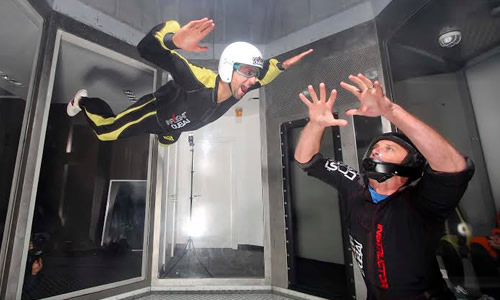 Defending champion Novak Djokovic was flying high on Friday as he prepares for the Dubai Duty Free Tennis Championships.

Novak was joined by his head coach Boris Becker, his brother Marko, and his friend and fellow player, Carlos Gomez-Herrera, and they were assisted by instructor Brad Cole. 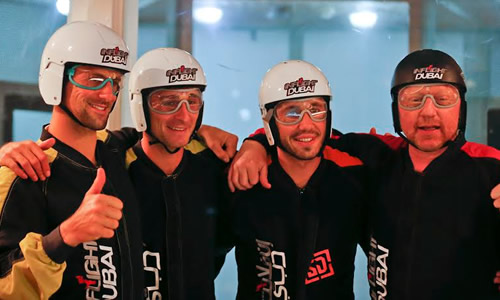 After a pre-flight briefing, Novak braved the wind tunnel which is powered by four huge turbine engines and can reach top speeds of over 320 kilometres an hour.

The Crown Prince is a keen sky diver and as Novak, Boris and the boys found out, this is the closest you can get to really jumping out of a plane! 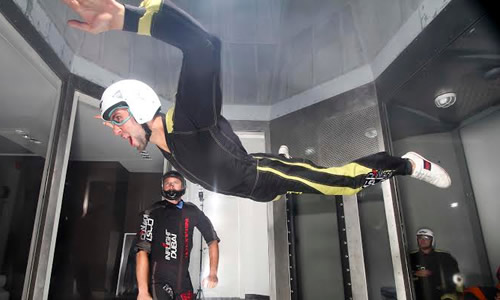