RaboDirect Pro12: Wales trio set to line up for Ospreys at Edinburgh 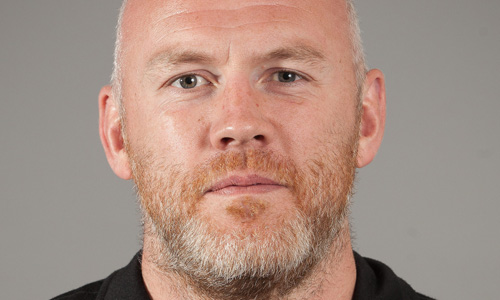 Wales trio Dan Biggar, Justin Tipuric and James King will line up for the Ospreys on Friday to face Edinburgh in a must-win clash in the Scottish capital.

Head coach Steve Tandy makes five changes to the side that lost 25-11 to Munster on Sunday for the difficult trip to a sold-out Meggetland with two positional switches as the Welsh region look to continue their push for a top four spot.

Duncan Jones, Scott Baldwin and Dan Suter continue in the front row with Tyler Adron switching from the blindside to lock to partner King in place of Edinburgh loanee Perry Parker who misses out.

In the back row, Tipuric slots into the openside with Sam Lewis switching to blindside as Joe Bearman continues at No 8 with Ryan Jones again on the bench as he continues his comeback from injury.

“It’s a very quick turnaround for us, going Friday to Sunday, which obviously limits how much we can do in terms of working on where we let ourselves down against Munster,” Tandy said.

“However, the boys have shown the right attitude and as coaches we’ve been trying to drive home the need for accuracy, attention to detail, and patience and reinforcing that we have to stay composed and not allow ourselves to get carried away.

“The play-offs are still very much on for us but we don’t have any margin for error now, we have to get it right on and off the pitch for each of our remaining fixtures. Our record in this league is something we are very proud of, and whatever the future holds for us we want to be in the mix come May.”

For Edinburgh, whose European hopes for next season are almost certainly over, Alan Solomons makes four changes to the side which lost 25-21 at the Scarlets last time out.

Harry Leonard is promoted from the bench at outside-half as he returns to the home of former club, Boroughmuir, alongside Grayson Hart with Carl Bezuidenhout switching from 10 to full-back and Jack Cuthbert switching from 15 to the left wing to accommodate Leonard’s inclusion.

Dougie Fife continues on the right wing with Sam Beard also stepping up from the bench in place of the injured Nick de Luca to partner Andries Strauss at centre.

With a break in the Six Nations championship this weekend, Scotland’s experienced front row duo Ross Ford (hooker) and Geoff Cross (tight-head) start in place of James Hilterbrand and Willem Nel who drop to the bench with Wicus Blaauw at loosehead.

Grant Gilchrist continues to partner Izak van der Westhuizen at lock with flankers Mike Coman and Roddy Grant alongside Cornell Du Preez in the back row.

Fully recovered from a knee injury, scrum-half Sean Kennedy also takes a place on the bench after a loan spell with Aviva Premiership side London Irish.

Edinburgh Rugby head coach, Alan Solomons, said: “We’ve been able to pick a pretty strong pack and we know that the Ospreys too have a powerful set of forwards, so we’re looking forward to meeting that challenge.

“It’s important for the club, particularly as we’re playing at home, to deliver a good performance that will give us the opportunity to get the result.”