Marianne Bevis looks ahead to the South American Golden Swing, where Rafael Nadal will make his return to clay 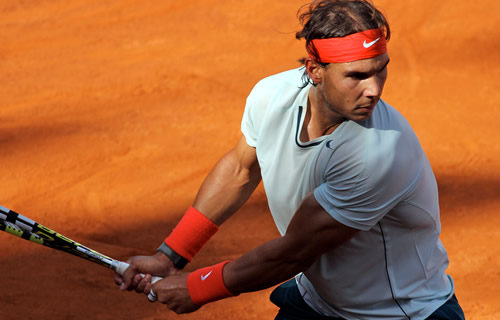 The Australian Open may have tested sun-lovers to the limit with four consecutive days of 43C heat, but the warmth, colour and relaxed charm of the Grand Slam of Asia Pacific always leaves a golden glow on the skin of tennis.

Now, though, with the hot and hard Masters of Indian Wells and Miami still over the horizon, the paths ahead differ as dramatically as the weather.

There are contrasting solutions to the cold, wet and tennis-unfriendly climate that greets players returning north of the equator: Head indoors—in Europe or North America—or chase the sun back south to the burnished courts of South America.

Here, the combination of warm weather and exotic location gives the afficionados of clay a chance for some respite from the hard surfaces that dominate so much of the tour. So while some plough the furrow of the northern hemisphere’s indoor swing—Rotterdam and Marseille, Memphis and Zagreb—others are lured from the February chill to the four tournaments that make up the “golden swing”.

These are places of fiesta and Latin spirit, where Spanish and Portuguese replace English and French as the lingua franca. Indeed only two champions this century have broken the stranglehold of Spain and South America throughout this swing.

There is, too, a wave of tennis enthusiasm sweeping through this region—helped not a little by Rio’s Olympian debut in 2016. Many of tennis’s star names have bolstered the market still further—Roger Federer toured Brazil and Argentina with the likes of Juan Martin del Potro, at the end of 2012, and Novak Djokovic and Rafael Nadal did the same this Christmas.

But it was the astonishing come-back of the last of those players who boosted South America this time last year.

For Nadal chose the first clay tournament of the calendar, in Chile’s Vina del Mar, to make his return from a seven-month injury absence—and the rest became history. Having reached the final in Chile, he went on to dominate the “golden swing” with titles in Sao Paulo and Acapulco, made a hard-court stop-off to win the Indian Wells title, before heading to Europe’s clay to reach the final in Monte Carlo followed by back-to-back titles in Barcelona, Madrid, Rome and Roland Garros. He would finish the year with 10 titles and as world No1 having started the year at No5.

This year is both different and the same. Different in that Nadal begins 2014 as No1, clear of Djokovic by almost 4,000 points, and has already won in Doha and reached the final in Australia.

Reason enough for him to by-pass Chile—though he has also spent time with his medics in Barcelona to rehab the back spasm picked up in Melbourne as well as prepare his knees for the next hard-court onslaught.

But the year is the same in that he will again make his first clay appearance of the year in South America—but this time in Buenos Aires in the second week of February.

He will also play again in Brazil, but at the brand new tournament at the sporting epicentre of Rio, which has taken over from the 500 clay event in Acapulco. The Mexican tournament has, incidentally, just switched from clay to hard courts, and so slots into the comfortable geographical circle of Delray Beach and Memphis that leads to Indian Wells.

Nadal won his first 2013 title in Sao Paolo, but with that tournament now closing the “golden swing” in the last week of February, he has opted instead to make the long trip north to California in readiness for his defence of Indian Wells.

Only one other man ranked in the top dozen will cross Nadal’s path through February, the same man who has tracked his dominant compatriot through his entire career, David Ferrer.

Like Nadal, Ferrer will play on the new clay of Rio but, unusually, it is the only clay tournament Ferrer is scheduled to play in February. Despite winning in Buenos Aires for the last two years, he has apparently decided instead to try his luck on the new hard courts of Acapulco.

The Mexican tournament was the only one in last year’s “golden swing” where Ferrer faced Nadal and, as has been the case in every clay match for a decade, Nadal won.

It must have been a particularly bitter pill for Ferrer to swallow, as he had won Acapulco in the previous three years. Interesting, then, that he has decided to play there again this year, though there is some logic in his choice.

Many of Ferrer’s successes in the Indian summer of his last two years—with better runs in Grand Slams than ever before and a career-high ranking of No3 last July—have come on hard courts. In 2013, he reached the final in the Miami Masters and won the Paris Masters. Perhaps his familiarity with Acapulco combined with its new hard surfaces will return him to the winner’s podium—though Andy Murray, drawn perhaps by its relative proximity to his Miami training base and to Indian Wells, is one among a number of hard-court specialists drawn to the new-look tournament.

But there is hardly another hard-court specialist in sight during the “golden swing”.

Nicolas Almagro has won all 12 of his titles and reached all eight of his other finals on clay courts: He is scheduled to play all four of the “golden” tournaments.

Tommy Robredo has also won all 12 of his titles on clay, and six of his seven finals: He plays the first three South American events.

Fabio Fognini aims to break the Latin American stranglehold on February’s clay from his new career-high ranking of 15: Both his titles have come on clay and he, too, is lined up for the first three tournaments.

Only one of the last of the four events is currently slated to feature names made in a different mould: The indoor clay of Sao Paulo headlines with Australian Open champion Stan Wawrinka and world No12 Tommy Haas.

Much to anticipate, then, in this freshly shaped February—not least the impact of the Rio 500 on its region and the potential of a hard-court Acapulco to provide a glamorous and convenient jumping-off point for Indian Wells.

Watch out for the next preview, focusing on the northern hard-court road to Indian Wells that runs via Rotterdam, Dubai and North America.

17 February: Rio, Brazil—500
Players by ranking:
No1, Rafael Nadal
No5, David Ferrer
No15, Fabio Fognini
No16, Tommy Robredo
No18, Nicolas Almagro
No35, Marcel Granollers,
No42, Juan Monaco
No44, Jeremy Chardy