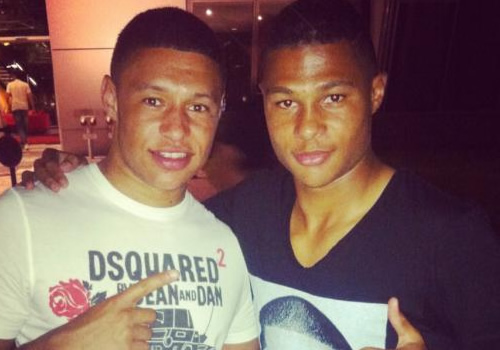 Serge Gnabry is determined to help Arsenal gain revenge for their humiliating 5-1 loss at Anfield by beating Liverpool in the FA Cup on Sunday.

The Gunners were thrashed by Brendan Rodgers’ men on Merseyside last weekend as the Reds dealt a blow to the north Londoners’ title hopes.

Gnabry, 18, has not featured for Arsenal since the 2-2 league draw at Southampton earlier this month.

And the teenager is eager to seize his chance to impress should he be given a run out against the Reds.

“The FA Cup is a great opportunity for young players. I really enjoy playing in the competition and I hope we make it to the final.

“We’ve got a chance but in a cup it’s important to win every game that comes, no matter who you¹re drawn against, and it doesn’t matter who is still in the cup because in the end you have to play the best teams.

“I think it’s going to be a great game for sure and we just want to make it to the next round.”