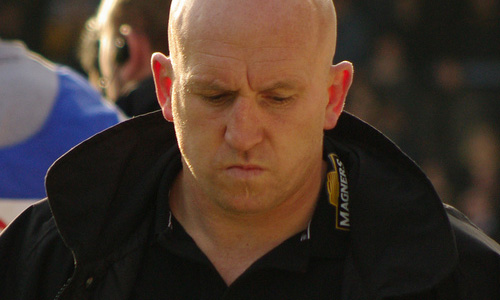 Shaun Edwards believes Wales can still retain their Six Nations title if they get back to winning ways in next week’s must-win clash against France at the Millennium Stadium.

After a disappointing 26-3 loss to Ireland in Dublin last weekend, Wales kick off round three with a rare Friday night match against unbeaten opposition.

“It’s going to be a big game, obviously we are all disappointed with the performance last week but we are still in the hunt,” said Edwards.

“We know the France game is a must-win game for us if we are to retain our title.

“We went to Ireland having lost only one of the last 11 Six Nations games and not lost away for two years in the competition so to lose by a score of that size was incredibly disappointing.

“We learnt last year that you don’t have to win every game to win the Six Nations but we also know that points difference is so important in this competition.”

A slow start to the Six Nations championship is nothing new for Welsh fans, but the manner of the Ireland defeat after a scrappy in on the opening weekend against Italy has led to pessimism of a wooden spoon showdown with Scotland on 15 March, but Edwards insists the squad is going all out to turn it around.

“It wasn’t a nice feeling to lose that way and the margin of loss was added to by the fact we were trying to win the game,” Edwards added. “If we would have tried to scrap a close loss that would have probably been better for us in the championship but our mindset is to try and win games.

“There were two parts of the game we weren’t efficient in and we are going to be working really hard over the next couple of weeks.

“We will be working hard on the driving line-out. We conceded 17 points from that against Ireland and that was the difference in the game and we know France have got a strong driven lineout themselves.

“The contact area was a concern, Ireland were very aggressive in that area and we got turned over more than we usually do.”

Having claimed the wooden spoon last year, France have begun their campaign with a pair of home wins over England and Italy and their powerful pack will look to what Ireland did to rattle Wales’ forwards to gain the upper hand.

He said: “Ireland took us on through the middle and it is something I expect France to try and do the same.

“France are very strong through the forwards and if we can win the battle on the advantage line and stop their maul, we will be in with a big chance.

“They are scoring tries in a variety of different ways and are looking good.
“France were our bogey team for a little while, they won about three on the trot against us but the last two occasions have gone our way.

“There is no doubt going into the championship after a Lions tour the stats say France have a pretty good chance of winning it, we have to try and prevent that from happening and that begins a week on Friday.”

Fellow forwards Sam Warburton and Gethin Jenkins, and centre Jamie Roberts, still need game time after being thrown into action despite their own injury lay-offs.

With all of Wales’ France-based players except Luke Charteris back with their Top 14 clubs for this weekend’s matches, Gatland will be hopeful they all come through as with 10 players released to play for the Welsh regions this weekend, with many lacking game time.

Edwards added: “Some of the squad will play this weekend and that will give them more match fitness. There is nothing like playing so that will be good for them.

“It was a blow to lose Scott, he needs surgery on the injury so has been released back to the Scarlets but hopefully he will be back playing as soon as possible.

“We do have a couple of injuries in the centre, we are keeping our fingers crossed that Jamie Roberts comes through his game over the weekend and we will keep looking at Jonathan Davies who we are hopeful will play a part in the campaign at some stage but he’s not quite ready yet.”