Six Nations 2014: Wales and Scarlets centre Scott Williams will miss the rest of the championship due to a shoulder injury 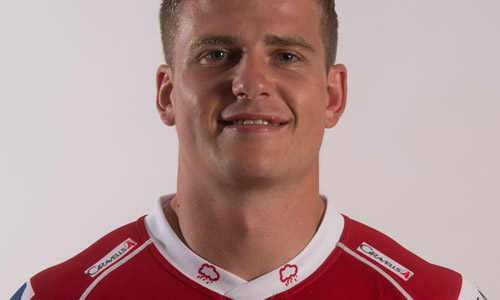 Scott Williams will miss the rest of Wales’ Six Nations campaign with a shoulder injury picked up in a 26-3 loss to Ireland on Saturday.

The Welsh Rugby Union confirmed today that Williams requires surgery and was released back to the Scarlets on Tuesday night with the 23-year-old unlikely to play again this season.

Scarlets head coach Simon Easterby said: “He took a major blow to his A/C joint and is under review at the moment.

“He is clearly not going to be playing for a number of weeks and won’t take any more part in the Six Nations.

“It’s a big blow because he has been playing well and we are delighted he has committed his future to us.

“But unfortunately these things happen and he will deal with it.”

The loss of the in-form Williams—who was one of two try-scorers for Wales in their opening clash against Italy—gives Wales head coach Warren Gatland a selection headache for next week’s clash with France at the Millennium Stadium with Williams’ regional team-mate Jonathan Davies still not fit to return.

On Tuesday, Gatland called up Ospreys centre Ashley Beck to the squad as Williams underwent further tests, but is still short of options to find a partner for Racing Metro’s Jamie Roberts.

The New Zealander opted to switch Northampton Saints wing George North to centre after Williams’ collision with Brian O’Driscoll in the first half at the Aviva Stadium, but has resisted calls to start him in the midfield, particularly with Wales short of cover on the wing.

Utility-back James Hook, who is already in the squad, can play centre, but could also be called on to perform a role at fly-half after uninspiring performances from Rhys Priestland in the opening two matches, leaving Beck as the more likely option.