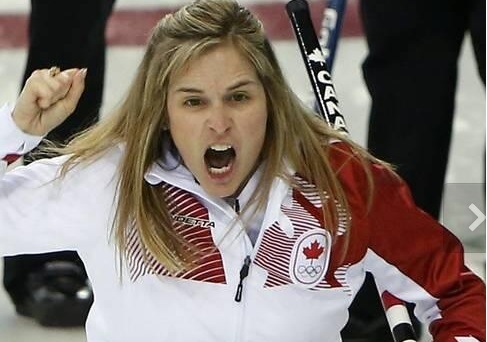 Canada clinched gold in the women’s curling after a 6-3 victory against Sweden at the Ice Cube Curling Centre in Sochi.

Skip Jennifer Jones carried her team at times as they became the second side to claim gold with a perfect winning record, emulating the Canadian men’s achievement in Vancouver 2010.

I know we won silver, but it really just feels like we lost gold

“We are gold medallists and we have had the best week of our lives.”

Sweden, who lost 9-3 to Canada when they met in the round-robin stage, had chances to upset the favourites but Margaretha Sigfridsson’s side couldn’t capitalise on a number of Canadian mistakes to claim a third successive curling gold medal.

“Of course it’s disappointing, said Sigfridsson. “I know we won silver, but it really just feels like we lost gold.”

A nervy start by Canada’s vice-skip Kaitlyn Lawes gave Sweden the opportunity of a three point steal in the first end, but Jones prevented her side falling behind with a crucial save on the hammer.

Nothing could separate the teams as they reached the halfway interval tied at 3-3, with both guilty of errors and struggling to seize control of the match.

After two successive blank ends, Canada went 4-3 ahead in the eighth end and then a huge error by Sweden’s vice-skip Maria Prytz gave Canada a two point steal and an unassailable lead.

Canada could become the first nation to make a clean sweep in curling at a Winter Games with the men facing Great Britain in the gold medal match tomorrow.

Earlier in the day, Team GB’s women took the bronze after edging Switzerland 6-5 to become the youngest rink to win an Olympic curling medal with an average age of 23.

We battled but Muirhead’s team were very strong today, too strong to beat

Skip Eve Muirhead put the disappointment of yesterday’s semi-final defeat to Canada behind her by providing the match-winning stone, placing a perfect shot right on the button in the 10th end.

“Words can’t really describe it right now, it hasn’t sunk in,” said a delighted Muirhead, whose side add this title to their gold at the 2013 World Championships.

“When you look at our success over the last couple of years, the one medal we were missing was the Olympic medal and we have got that now. We were all pushing each other and I’m delighted to end the Games on a high.”

Swiss skip Mirjam Ott conceded that the best side won, as her team couldn’t see out the match by surrendering a 3-1 lead at the halfway point.

“She deserved to win and I congratulate her team.”

The win sees Team GB hit their medal target of three that was set before the Games, with another guaranteed tomorrow as the men’s curling team face Canada in their gold medal match.

Regardless of whether David Murdoch’s team win gold or silver, Britain have matched their best ever haul at a Winter Games, achieved 90 years ago at Chamonix 1924.