Sochi 2014: Fancy a bit of speed skiing? Prefer the grace of ski ballet? Here are some Winter Olympic sports that are no longer 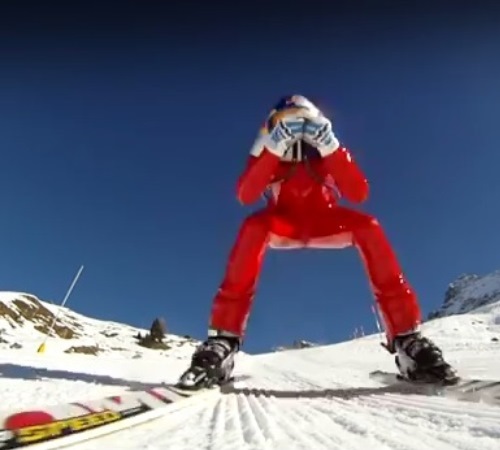 With so many inaugural events at this Winter Olympics, it’s worth looking at disciplines that were once a part of the games but have been discontinued to make way for new sports.

Here is a collection of the most entertaining, strange or downright insane events that once formed a part of the Winter Olympics.

Speed skiing had its only Olympic outing as a demonstration sport at the 1992 Albertville games. It does exactly what it says on the tin, the aim being to ski as fast as possible. Downhill. In a straight line.

The aim is to hurtle yourself as quickly as you can down a steep, one kilometre course in order to reach the highest speed possible in a 100 metre timing zone.

Tricky enough. Look how this athlete recovers from a slip in the Albertville Winter Olympics:

Simone and his brother are the current leaders in the World Cup standings, and feature in a Red Bull video called “Fastest Men in the World”.

Ski ballet featured in the 1988 and 1992 games, which is not surprising when you study the flamboyant hair and outfits worn by the athletes – the sport would hardly work as well visually without the costumes.

It’s pretty much figure skating on skis, but when you look beyond the campness of the sport, it is actually quite impressive as the “ballerinas” perform somersaults on their ski poles.

Unfortunately, it was discontinued as a sport when the International Ski Federation ended all official competitions in 2000.

This is a form of football on ice, but is really more like a less entertaining form of ice hockey, played with a ball instead of a puck.

It only featured in the Olympics as a demonstration sport in 1952 and it is clear that the IOC were not willing to share medals with its more popular rival.

Like football, it is played on a larger rink with 11 players and two 45 minute halves, and the goalkeeper does not get to hold a stick.

The use of a ball instead of a puck means that there is more of a subdued nature compared to the extremities of ice hockey, as the ball requires more controlled dribbling motion.

This involves skiing along long distances, like in cross-country, behind a horse. Or a dog. Or a car.

The insurance premiums that would need to be paid is probably part of the reason why this sport only demonstrated in the 1928 Winter Olympics.

Similarly to skijoring, dog-sledding was once a sport demonstrated in the 1932 and 1952 Olympics but it wasn’t deemed to be worthy of becoming a fully-fledged medal event.

This was a demonstration event in 2002 and involves racing on snow with special footwear.

It can be competed over distances as vast from a 100m sprint to a 100km “Iditashoe” and has even been known to be raced over hurdles.

This event is just like synchronised swimming on ice, but up to twenty people can compete for one team at a time, making it more of a cheerleading event.

As it makes it a bit more manic then paired or team skating events, its hectic nature destined it to the list of Olympic “could-have-beens” as it was only demonstrated in 2002.

These two sports are extremely similar and both evolved into the biathlon event that is present at the games today.

Military patrol is a team competition, with a mountain climb being sandwiched between the cross-country ski and shooting that we see in the biathlon.

The winter pentathlon was demonstrated in 1948 and is not content with only cross-country skiing and shooting: it adds downhill skiing, fencing and horseback riding to the equation!