Sochi 2014: All eyes on Ole Einar Bjoerndalen as ‘best ever’ tag awaits 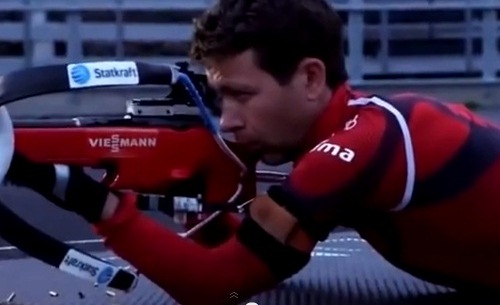 Norwegian biathlete Ole Einar Bjoerndalen seeks to become the most decorated Winter Olympian of all-time in one of the five gold medal events taking place on Monday.

The 40-year-old is currently tied with famous cross-country skier Bjorn Daehlie on 12 Olympic medals but hopes to eclipse his compatriot when he competes in the 12.5km pursuit at 15.00 GMT.

Elsewhere, Germany’s defending Olympic champion Maria Hoefl-Riesch is the one to watch in the ladies’ super combined slalom final at 11.00 GMT.

However, she is expected to face tough competition from Canada’s Marie-Michele Gagnon who shocked the alpine world by defeating the German in the final World Cup of the season.

However, the home support will be cheering on Victor An who controversially changed allegiance to Russia after winning gold in the event for South Korea as Ahn Hyun-Soo in Turin 2006.

South Korean speedskater Mo Tae Bum hopes to defend his Olympic title in the 500m final at 14.55 GMT while the final gold medal up for grabs is in the men’s moguls freestyle skiing final at 19.10 GMT.

British eyes will no doubt be cast to the curling where the men’s team begin their campaign against host nation Russia at 05.00 GMT.

Meanwhile, the British women’s team will be hoping to rekindle some of their 2002 spirit when they take on defending Olympic champions Sweden at 10.00 GMT.