Sochi 2014: American Reiter’s journey as a ‘stray dog’ comes to an end

Sochi 2014: Heavy funding cuts. Living in a truck. USA's Justin Reiter has had to battle an awful lot to get to Sochi. 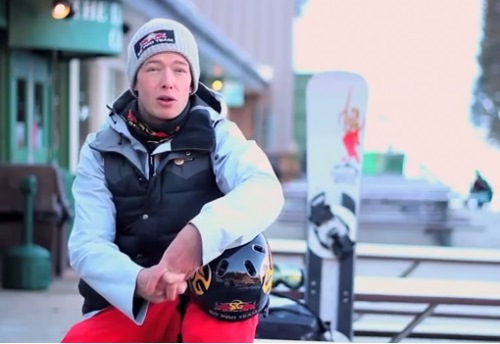 Athletes often talk about the sacrifices they make for their sport but usually they are not like the ones America’s Justin Reiter made to get to Sochi.

The 33-year-old lived out of his truck for a spell to earn enough money to compete to get to the games.

It’s tough to be like a stray dog. Yeah I’m part of Team USA but I feel like I’m on my own

“It absolutely it puts a lot of pressure on me being the sole athlete here,” he said after failing to qualify for the knock-out rounds.

“I want to represent the sport really well, I want to do the best that I can and I want to inspire younger riders. It’s tough to be the only one out here.

“It’s tough to be like a stray dog. Everyone’s talking about the stray dogs in Sochi. Yeah I’m part of Team USA but I feel like I’m on my own.”

So many nations represented here in Sochi. Stoked to be reppin' Old Glory. pic.twitter.com/NPczeJiNFF

Reiter was close to qualifying for both Torino and Vancouver but injury ruined his bid to make it in 2010.

His former compatriot, Vic Wild, took gold in the event competing for Russia and praised Reiter’s efforts at the games.

“He’s the man. He coached me a little bit today. We’re best friends and it’s not easy to find a guy like that,” he said.

For his part Reiter, who is a passionate about environmental activism, was less complimentary about his own performance.

“Have you ever seen the movie Bambi? Have you seen Bambi on ice? It was like that,” he pronounced.

“The halfpipe was too soft and our course is too hard. I hope they realise our sport can be beautiful given the right conditions.

“It was harder than everyone expected in terms of actual texture. I had underestimated how much chemicals they’d actually put into the snow.”

Legacy is a big part of any Olympics and Reiter thinks that the Rosa Khutor skiing centre can be a viable venue in the years to come.

“The sustainability will have to be determined by how they use it in the future,” he explained.

“If they make good use of it, and the Russian people start to use Sochi as a destination so they don’t have to travel outside of their country to ski in places like France and Austria, absolutely this can be sustainable.

“But it’s up to the Russian people to draw people here.”