Sochi 2014: Beer and Bieber at stake in US v Canada ice hockey semi

Sochi 2014: Winner takes beer, loser gets Justin Bieber. In jest of course, but US-Canada ice hockey rivalry alive and kicking as ever 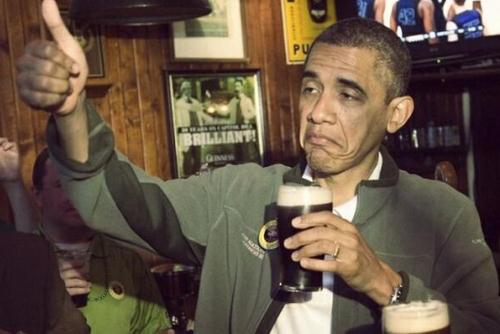 The stakes have never been higher with beer and Justin Bieber at the heart of the USA and Canada ice hockey rivalry.

It began with President Barack Obama and Canadian Prime Minister Stephen Harper repeating their wager from the 2010 Olympics by each placing a case of beer on the men’s and women’s games.

The two leaders agreed the bet on Thursday morning ahead of the women’s final.

.@pmharper and I bet on the women's and men's US-Canada hockey games. Winner gets a case of beer for each game. #GoTeamUSA! -bo

I'm betting @barackobama one case of Canadian beer per hockey game this week. #teamusa is good, but #WeAreWinter. #GoCanadaGo @WhiteHouse

Harper secured the first half of the bet after Canada came from 2-0 with three minutes to play to win a thrilling final in overtime thanks to Marie-Philip Poulin’s golden goal.

And the Prime Minister was quick to flaunt the victory on Twitter.

Meanwhile Amherst Ale House near Buffalo, New York, tweeted to say that they would not be serving Canadian beer during the men’s semi-final.

BREAKING: We will NOT sell Canadian beer during tomorrow's hockey game between #USAHockey and Canada. #Olympics2014 pic.twitter.com/V3dQ4N83Tb

But the stakes reached new proportions ahead of a repeat of the 2010 final when Command Transportation’s electronic billboard in Chicago declared that the loser would have to keep pop-star Bieber.

Nothing is higher than the stakes of tomorrow’s game. pic.twitter.com/usqJ9EPTpg

Bieber hails from Canada but lives in California. More importantly, he has been in the headlines around the United States for all of the wrong reasons lately and a petition has been sent to the White House calling for the 19-year-old to be deported.