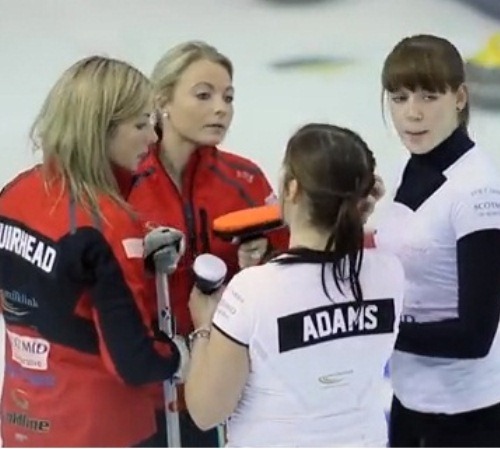 Eve Muirhead’s Great Britain curling team set a new Olympic record in their 12-3 victory over the USA as they scored seven points in a single end to help them recover from their opening loss against Sweden.

They beat the record of six, set by the Swedish men in their victory over Finland in Salt Lake City in 2002, and equalled by the Canadian men, also against Finland, in 2006.

Team Muirhead held two points as the skip prepared to push her last stone towards the house, and with the perfect weight she cleared the only US stone in the vicinity to seal the seven points.

The US team conceded the match after end six when the Brits took their nine-point lead after winning another three points with the hammer.

The win puts GB back on track in their round robin campaign to qualify for semi-final next Wednesday, having lost to Sweden on Monday, and Muirhead said that despite the big win her team was still a work in progress.

“That was more like Team Muirhead today,” she told the BBC.

“Things are not perfect yet be hopefully we go on and on and can get better.

“We knew if you kept the pressure on, they will not keep making the big shots and saving themselves.

“It was always going to take a game to get into our stride, but we are now feeling relaxed.”

The 12 points scored by GB in the match also equalled an Olympic record.

Sochi 2014: Togo in Russia to put Africa on the Winter Olympics map