Sochi 2014: Russian snowboarder Alexey Sobolev wrote mobile number on the side of his helmet to get female attention 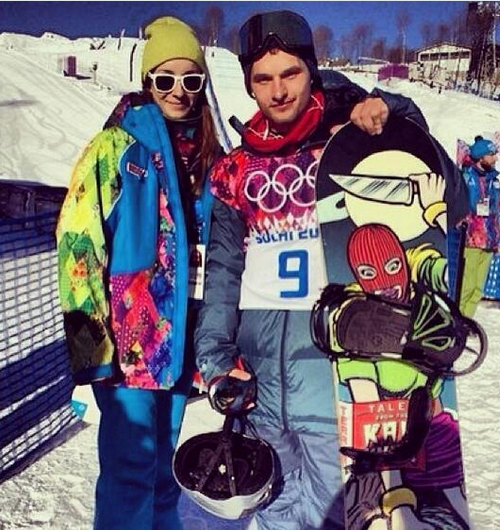 Russian snowboarding medal-hope Alexey Sobolev has created a media frenzy following his opportunist dating approach in the build-up to the Games.

The 22-year-old wrote his mobile number on the side of his helmet for yesterday’s slopestyle qualifiers, to relieve his boredom in preparing for the Games.

His novel bid for romance has seen him bombarded by risque messages and photos by female fans, receiving 2,000 responses by this morning.

“I have a good collection. I don’t send pictures back,” he added.

Sobolev said that he hoped that it may help him find a girlfriend, saving his favourite messages to respond back to later on in the week.

Sobolev will not be allowed to repeat the stunt during Sunday’s finals, but he has caused a further stir by his seemingly political choice of board art work.

The board appears to be a homage to Russian punk band Pussy Riot, who had three members jailed for performing at anti-Putin demonstrations in Moscow in 2012.

His board featured a knife-wielding woman in a ski mask, which is the signature outfit for Pussy Riot performances.

When questioned on any political intent when using the board, Sobolev remained coy.

“I wasn’t the person who designed it,” he said, before cryptically adding: “Anything is possible.”

Sobolev is emerging as one of the most eccentric Olympians of Sochi, having been catapulted to the height of media attention with these two stunts, and is a far cry from the preconceived idea of an athlete developed under a Putin regime.