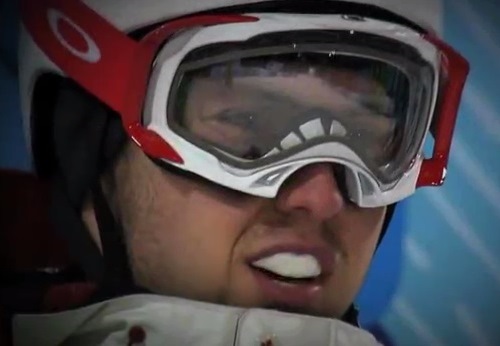 One of the most compelling and fierce rivalries of the Sochi games was staged at the men’s moguls final as Alex Bilodeau retained his Olympic title while arch-rival and fellow Canadian Mikael Kingsbury took silver.

The 26-year-old will retire at the top becoming the first multiple Olympic champion in freestyle skiing, having announced his retirement at the start of the games.

This was the classic battle of the veteran champion up against the young prodigy and it was almost a foregone conclusion that it would be the two Quebec natives battling it out for the gold medal.

Bilodeau produced a thrilling final run and faced an agonising wait, as arch-rival Kingsbury, the final competitor, would be punished by some errors to finish narrowly ahead of Russian Alexandr Smyshlyaev.

Bilodeau was one of the stars of the Vancouver Games, completing the run of his life to dethrone Australian Dale Begg-Smith who was attempting to retain the gold medal he won at the 2006 Torino Olympics.

With the win Bilodeau became the first Canadian athlete to win gold at a Winter Games on home soil and then subsequently took most of the following 2011/2012 season off.

Once he returned to full-time World Cup competition, the 21-year-old Kingsbury had fully established himself as the dominant force by reeling off a six-win streak to start the season.

Bilodeau has subsequently worked his way back to the top of the World Cup rankings as Kingsbury sealed victory in the world championships.

“I would never in my career have skied at this level if I hadn’t crossed paths with Mikael,” he said when asked about his rivalry with Kingsbury.

“I wouldn’t have pushed myself as far as I am pushing myself right now.”

The two split the six moguls World Cup events this season, with three victories apiece in four of those six events, the two athletes finishing within a single point of each other.

Bilodeau won the penultimate three events and used this form to propel him to Olympic glory by settling the mogul rivalry once and for all.

Sochi 2014: Russian fairytale for Hoefl-Riesch as Dutch dominate on ice