Sochi 2014: It was a day where inches made the difference betwen gold and silver, tournament over or another shot at medals. 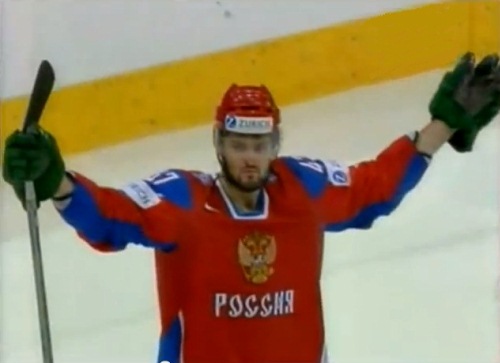 It was this close: Alexander Radulov Photo: EvgeniMalkinN71/YouTube

In a day of fine margins, where Emil Hegle Svendsen won by the length of his boot and Team GB’s curling team prevailed with their last stone, Russia’s men’s ice hockey team finally registered their first shutout and will be a little more confident of quarter-final success.

Alexander Radulov inspired the hosts to a 4-0 win over Norway, setting up a clash with Finland as Russia look to reward president Vladimir Putin with the gold he desires more than any other.

It looked closer than it was but when I looked at the finish photo, I was surprised how tight it was

In a scintillating finale to the men’s 15km mass start biathlon Svendsen just beat Martin Fourcade, who was looking for his third gold medal after victories in the men’s 12.5km pursuit and 20km individual.

Despite requiring a photo finish to split both skiers after they recorded exactly the same time (42m 29.1s), Svendsen claims he was in control over the last metres of the race.

“It looked closer than it was but when I looked at the finish photo, I was surprised how tight it was,” Svendsen said.

“It might have looked like I could lose gold but I had good control over him so I knew I would win.”

Although their performances were almost inseparable the Norwegian highlighted once difference between himself and Fourcade.

“When Martin loses he is a much better guy than me when I lose,” Svendsen added.

“He is first of all a very good, honest guy which is why he is one of the most respected athletes in the field.”

The two men were joined on the podium by Ondrej Moravec, meaning Ole Einar Bjoerndalen’s quest to become the greatest winter Olympian in history was scuppered yet again.

The 30-year-old celebrated becoming the oldest Olympic women’s giant slalom champion in bizarre fashion by pretending to swim the breaststroke through the wet snow.

Anna Fenninger of Austria also won her second medal with silver, in front of defending champion Viktoria Rebensburg from Germany who won bronze.

The Netherlands won their fourth clean sweep of the games as Jorrit Bergsma surprised Sven Kramer to take gold in the men’s 10,000m speed skating, ahead of Bob De Jong who finished with bronze.

In the men’s cross country Nordic combined, Joergen Graabak raced away from compatriot Magnus Moan to give Norway first and second, ahead of Germany’s Fabian Riessle in third.

Pierre Vaultier dominated the men’s snowboard cross, winning all four of his races to take gold for France ahead of Russia’s Nikolay Olyunin in silver and Alex Deibold of the US in bronze.

David Wise of the United States won the men’s freestyle ski halfpipe, after his impressive first score of 92 proved too much for Canada’s Mike Riddle in second and France’s Kevin Rolland in third.

While Korea made amends for losing their women’s short track 3000m relay gold in Vancouver as a result of a penalty by winning the event in Sochi – Canada finished with silver and Italy bronze.